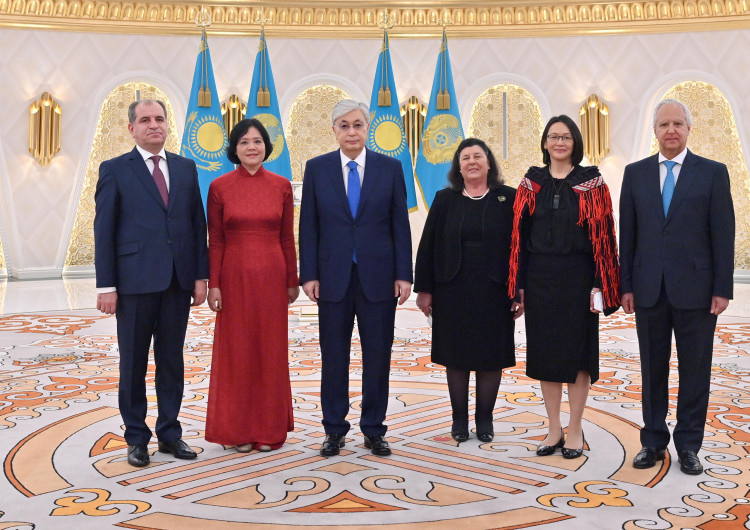 Tokayev congratulated foreign ambassadors on the official beginning of their diplomatic mission in Kazakhstan and assured them of the full support and assistance of his Administration and Kazakhstan’s Government in fulfilling their noble duties in Kazakhstan.