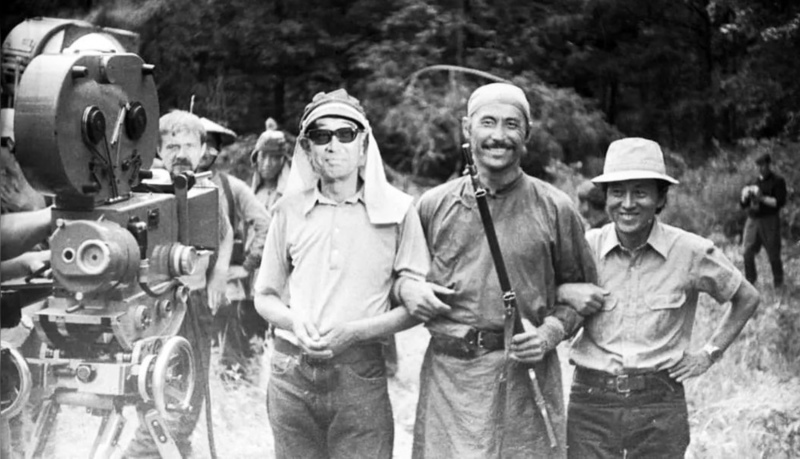 The photograph dates back to 1973.

Dersu Uzala is a 1975 Soviet-Japanese film directed by Akira Kurosawa, his only non-Japanese-language film and his only 70mm film.

The film won the 1976 Oscar for Best Foreign Language Film, the Golden Prize and the Prix FIPRESCI at the 9th Moscow International Film Festival, and other awards. It was also a box office hit, selling more than 21 million tickets in the Soviet Union and Europe in addition to grossing $1.2 million in the United States and Canada.