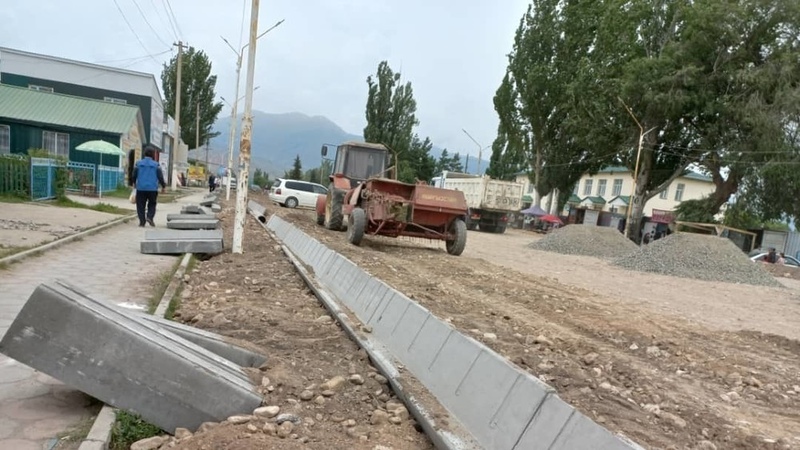 AKIPRESS.COM - Rehabilitation of the central street has started in the village of Tyup, Issyk-Kul region.

Rehabilitation is financed from the public budget.

The central street in the village was built in Soviet era and is now in a poor condition.

Some 20 million som was transferred from the public budget for the project.

Reconstruction is planned to be finished before autumn.