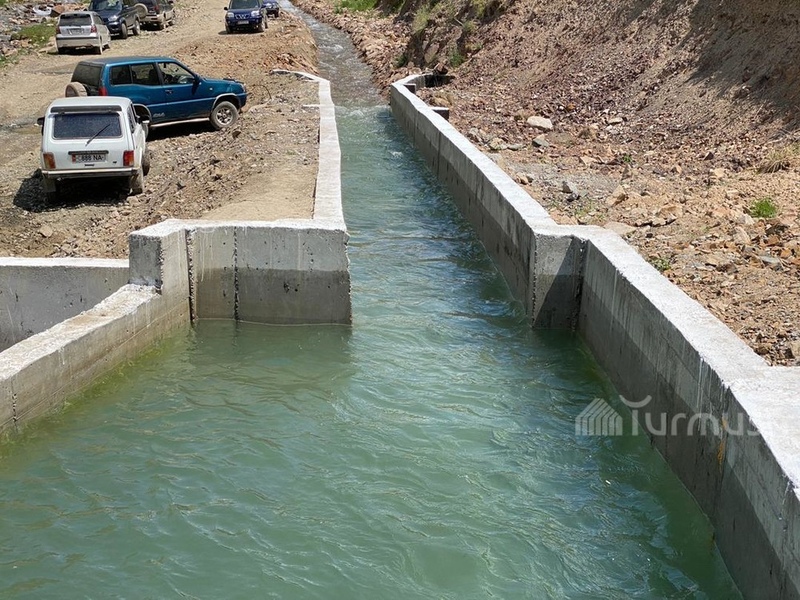 AKIPRESS.COM - The On-Archa canal was launched in Emgekchil village of Naryn district.

Construction works started in May 2021. The length of the canal is 3 kilometers.

According to water distribution worker Baiysh Shermatov, the water flow in the canal is 800 liters per second, about 1000 hectares of agricultural lands are now covered with irrigation.

"Previously, the villagers demanded fair water distribution from me, however the canal was in bad condition at that time, over half of water could not reach the fields," Shermatov said.

The On-Archa canal was built back in 1950. Each year the villagers had to repair it on their own. The World Bank allocated 35 million soms for construction of the new canal.

The water comes from the Echki-Bashy gorge spring.