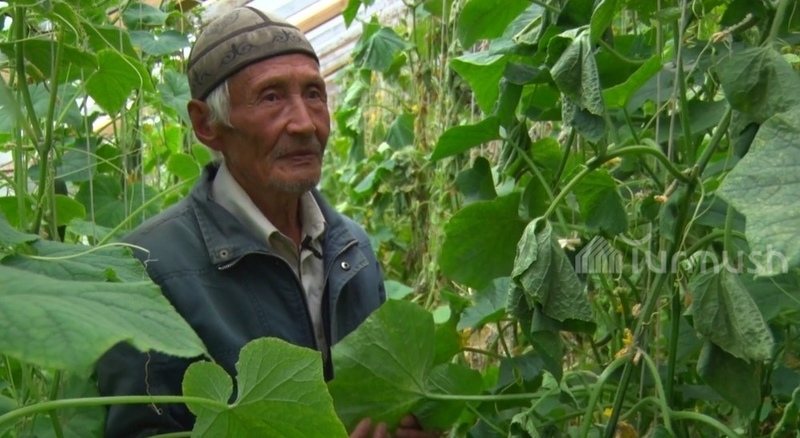 The greenhouse did not have heating and it was impossible to grow crops in winter time.

“This year with financial support of the Ministry of Social Security we covered the roof of the greenhouse with polycarbonate, which is twice warmer, stronger and wind resistant. We brought pipes to heat the greenhouse. We will work in the greenhouse in winter as well now,” they said.

“The greenhouse is 99 sq m big. We grow cucumbers, carrots, tomatoes, greens. At least 700-800 kilos of vegetables are harvested for a season,” Shamshidin Kojomkulov said.

“We plan to make another greenhouse for growing tomatoes. We consider using biohumus for the second project,” Ayanbubu Shigaeva said.

Vice chief of social security and migration department Gulkarim Azimova said the farmers received a grant under a pilot project aimed to support low-income families. 128 project proposals were submitted from Jumgal district. 51 of them were supported.

The given project will be continued in other regions of Kyrgyzstan.