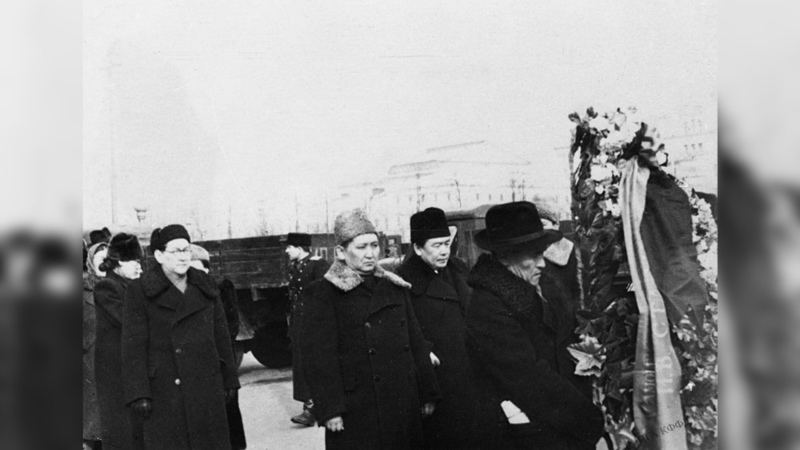 AKIPRESS.COM - Archival Service of the Ministry of Digital Development of Kyrgyz Republic shared an archival photo of one of Kyrgyzstan's most famous figures of the 20th century - First Secretary of the Communist Party of Kyrgyzstan Iskhak Razzakov (wearing a gray hat) at the funeral of Chairman of the USSR Council of Ministers Joseph Stalin in Moscow.

The funeral of Stalin, who died on March 5, 1953, took place four days later on March 9 on Red Square in Moscow.