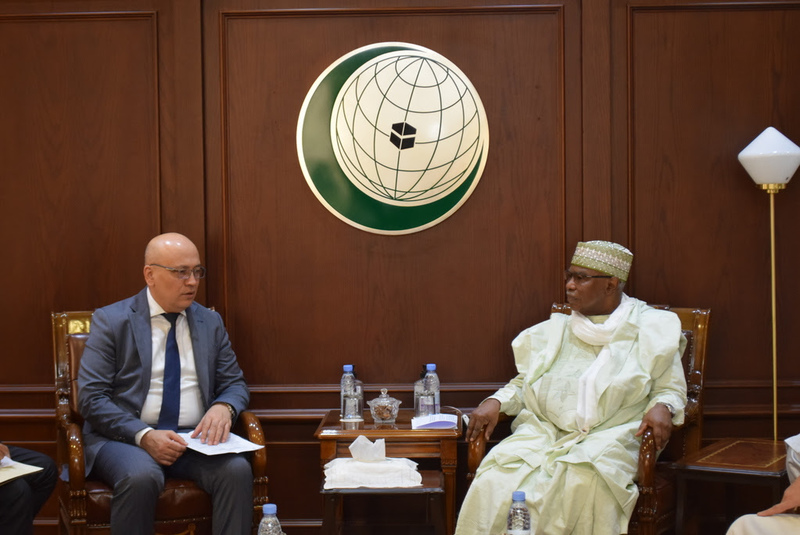 AKIPRESS.COM - Secretary-General of the Organization of Islamic Cooperation (OIC) received Deputy Foreign Minister of Uzbekistan Furkat Sidikov, who was accompanied by a high-level delegation from a number of ministries and institutions.

During the meeting, the Secretary-General commended the important role played by Uzbekistan through various initiatives within the OIC in promoting joint Islamic action. He also lauded its role in supporting peace, stability and cooperation in the Central Asian region.

For his part, Deputy FM Furkat Sadikov stressed the high importance attached by his country to the OIC and the need to strengthen cooperation with it in various fields.

Following the meeting, a round table meeting was held entitled “Promoting Relations between the Republic of Uzbekistan and the OIC in the Light of Constitutional Reforms Aimed at Building a New Uzbekistan”. The Deputy Minister and his accompanying delegation represented the Uzbek side. The OIC General Secretariat was represented by the Assistant Secretaries-General for Political Affairs, Science and Technology, and Economic Affairs, in addition to a number of representatives of the OIC Organs. The round table dealt with prospects for cooperation between the two sides.