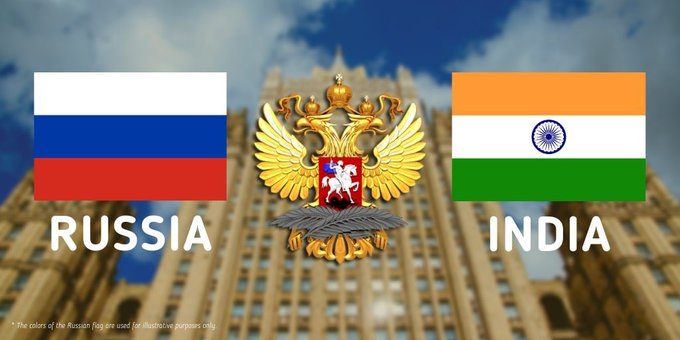 AKIPRESS.COM - India has been invited to participate in the Arctic segment of the 7th Eastern Economic Forum in Vladivostok (Russia) on September 5-8, which will include a presentation on the investment potential of Russian regions, Economic Times reported.

The invitation was extended by Nikolay Korchunov, Chair of the Arctic Council Committee of Senior Arctic Officials and Ambassador-at-Large for Arctic Cooperation of the Russian Ministry of Foreign Affairs, during his meeting with the Secretary of India’s Ministry of External Affairs on July 29. Both the officials met to hold a regular round of consultations between foreign ministries on Arctic issues.

The consultations were attended by representatives of the Russian Ministry for the Development of the Russian Far East and Arctic, Rosatom State Corporation, the Arctic and Antarctic Research Institute, and the Association of Indigenous Peoples of the North, Siberia and the Far East of the Russian Federation.

Prospects were discussed for deepening Russia-India cooperation in high latitudes in both bilateral and multilateral formats, including the Arctic Council. Both sides noted the significant potential for promoting cooperation in the economy, transport, science and culture, including contacts through regional and public organisations.

This could open up opportunities for India, which has investments in Russian oil assets in the Far East and has emerged as a key importer of Russian oil. Rosneft reportedly controls a total of 28 offshore licences in the Arctic, eight of them in the Pechora Sea.

India is keen on utilising the commercial benefits of a shorter maritime route via the Northern Sea Route (Arctic) and feed its economy with the Arctic oil and gas as it seeks to diversify its supply routes.

India’s Arctic engagement is also motivated by its desire to secure Russian commitment to transport Arctic resources to India by INSTC. INSTC itself matters a great deal to India because it provides an alternative to China’s BRI.

Eastern Economic Forum (EEF) was established by Russia in 2015 to support the economic development of Russia’s Far East and expanding international cooperation in the Asia-Pacific region. The EEF is a significant international platform, especially for establishing and strengthening ties within the Russian and global investment communities.

Prime Minister of India, Narendra Modi delivered a video-address at the plenary session of the 6th Eastern Economic Forum (EEF) that was held on 3 September 2021 in Vladivostok.