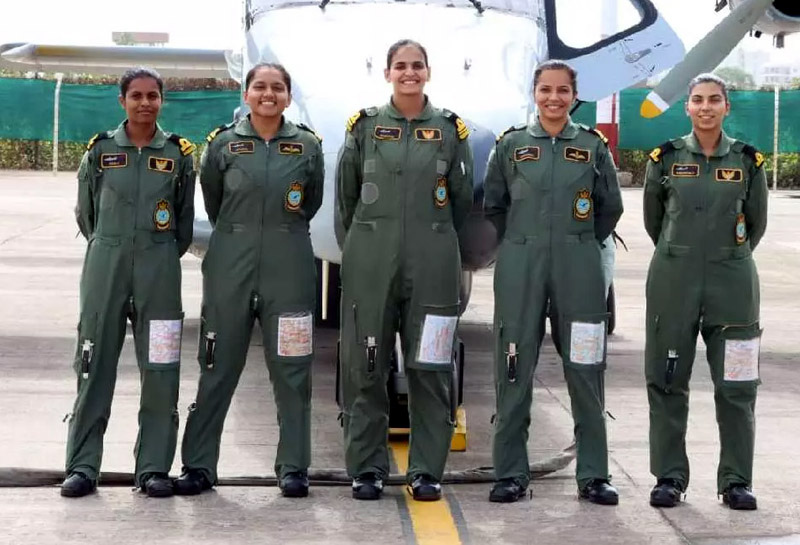 AKIPRESS.COM - In a first for the Indian Navy, five officers of the Indian Navy’s INAS 314 completed the first all-women independent maritime reconnaissance and surveillance mission in the North Arabian Sea off Indian coast on August 3, The Print reports.

The five women officers, belonging to the INAS 314 Frontline Navy Squadron, operated a Dornier 228 aircraft at Porbandar’s Naval Air Enclave Wednesday and completed an all-women maritime reconnaissance and surveillance mission in the North Arabian Sea, the Indian Navy said in a statement.

“The aircraft was captained by the Mission Commander, Lt Cdr Aanchal Sharma, who had pilots, Lt Shivangi and Lt Apurva Gite, and Tactical and Sensor Officers, Lt Pooja Panda and Sub Lt Pooja Shekhawat in her team,” the Navy said, adding that the successful mission was the result of ground training and comprehensive mission briefings in the run-up to the sortie over a significant period of time.

Given the first-of-its-kind nature of the mission, the Navy expects the feat would lead to more women officers in the aviation cadre to take on such tasks. “It perhaps marks a unique achievement for the Armed Forces that a crew of only women officers undertook an independent operational mission in a multi-crew maritime surveillance aircraft,” the Navy added.

The Dornier 228 reconnaissance and surveillance mission, however, is not the first time that women officers in the Navy have stepped up in “pioneering” roles. “Indian Navy’s impressive and pioneering women empowerment initiatives include induction of women pilots, selection of women Air Operations Officers into the helicopter stream and conducting an all-women sailing circumnavigation expedition across the globe in 2018,” the Navy’s statement said.

The Dornier 228 is a multi-purpose light transport aircraft that traces its roots to a German design and production in the 1980s-90s, but its new generation has been indigenously built by Hindustan Aeronautics Limited (HAL).

The aircraft was first acquired by the Indian Navy from the German manufacturer in 1998, and boasts a maximum range of 1,320 nautical miles with a service ceiling of 28,000 feet.