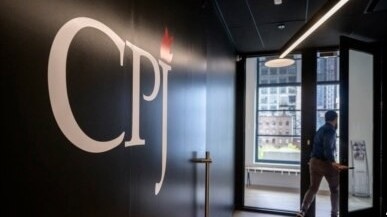 AKIPRESS.COM - The Committee to Protect Journalists (CPJ) called on Tajikistani authorities to release journalists Ulfatkhonim Mamadshoeva and Khushruz Jumayev, to drop any charges against them, and to stop prosecuting journalists in secret.

"Tajikistan authorities must release Ulfatkhonim Mamadshoeva and Khushruz Jumayev, drop any charges against them, and lift the veil of secrecy in their cases," CPJ President Jodie Ginsberg said in an official statement.

On May 18, officers of the State Committee of National Security (SCNS) arrested Mamadshoeva, a freelance journalist and human rights activist, from her home in Dushanbe. The following day, officers with the Interior Ministry’s Department for Combatting Organized Crime (DCOC) in Dushanbe arrested Jumayev, an independent journalist and blogger who runs the culture and current affairs website Pomere.info and uses the pen name Khushom Gulyam.

On July 15, a representative of the prosecutor general of Tajikistan stated at a press conference that a case had been opened against Mamadshoeva for leading "part of a criminal group" in the eastern Gorno-Badakhshan Autonomous Region, an offense subject to between 15 and 20 years in prison under Article 187 Part 1 of the criminal code of Tajikistan, but said investigations into the journalist’s actions continue.

As of August 11, authorities had not made any public statements on the reasons for Jumayev’s arrest. News reports have stated that authorities opened a case against him for allegedly making public calls to overthrow the constitutional order, subject to between eight and 15 years in prison under Article 307 Part 2 of the criminal code.

CPJ noted they emailed the Office of the Prosecutor General and the Interior Ministry of Tajikistan about the journalists’ cases but did not receive any replies.

Mamadshoeva and Jumayev are among at least six journalists currently under investigation by Tajik authorities for major criminal offenses, according to the CPJ.

Protests were held in Khorog and Rushan district in May this year. Following these protests, the authorities announced an "anti-terrorist operation" in the region. According to official information, 16 people were killed. Local residents claim that there were more victims.

As part of the operation, more than 200 people were arrested in GBAR, some of them have already been sentenced to various terms, from 11 to 18 years. The authorities accuse these people of organizing protests and various crimes, but their relatives say that they only spoke out in defense of their rights.