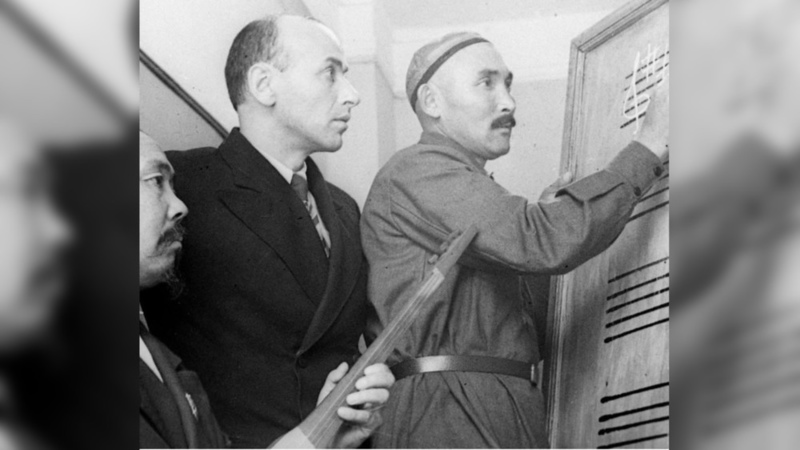 AKIPRESS.COM - The archival service under the Ministry of Digital Development shared a photo from the Central State Archive of Film and Photo Documents of Kyrgyzstan.

The photo shows a komuz player, Kyrgyz People's Artist Atai Ogonbaev at a lesson in writing folk melodies in Moscow.

Composer Atay Ogonbaev was born in 1904 in Talas region, and died in December of 1949.

He studied playing komuz and singing with Toktogul Satylganov. He graduated from the courses of composers-melodists in Moscow in 1940. Ogonbaev was an artist of the Kyrgyz State Theater in 193-1936, and a soloist of the Philharmonic since 1936.

Ogonbaev is a founder (1939) and leader (until 1941) of the Ensemble of Komuzists of the Kyrgyz SSR.