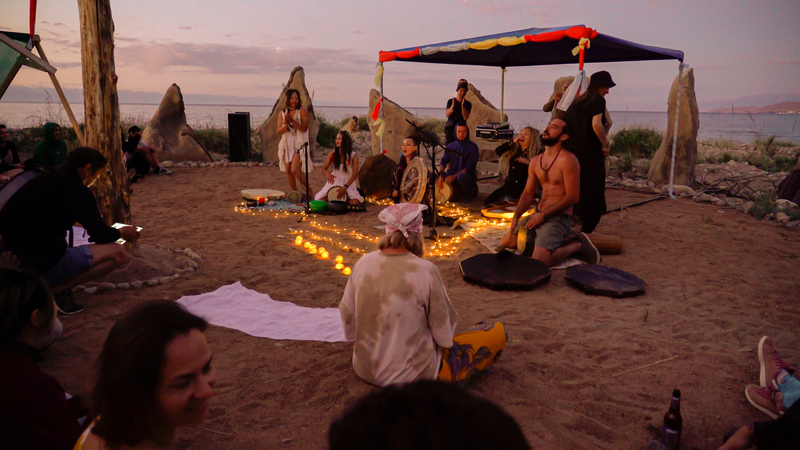 AKIPRESS.COM - The Festival of Contemporary Music and Arts Kol Fest was held in mid-July. It became an expected calendar event and an annual holiday with a consistently cozy and friendly atmosphere not only for residents of Kyrgyzstan, but also for people from different parts of the world. Indeed, the festival, which has already been held three times, attracts guests from all over the world – this time the statistics are pleasantly surprising, as 70% of visitors were tourists from the UK, Germany, USA, France, Hong Kong and even from as far as Australia and Mexico, which clearly indicates how the popularity of the event is growing outside of Central Asia.

A word that can briefly and as succinctly as possible describe the whole essence of the event – uniqueness. Firstly, Kol Fest is the very first festival in Kyrgyzstan, which launched the development of festival culture and industry in the country and is now the main example of a thoughtful organization for just emerging projects. Secondly, being held in an exceptional place full of originality and natural beauty, the festival becomes an important part in the development of not only culture and art, but also tourism of the country. Being on the southern shore of Lake Issyk-Kul, watching the inspiring beauties of the cape surrounded by mountains, simultaneously immersing themselves in the atmosphere of life in a yurt camp, a foreign visitor (undoubtedly, local residents too), is impressed by the new life experience and inspired to continue traveling in Kyrgyzstan. Lastly, the festival is an important event to support creative people and their talents, for the development of music and art in the country and in the region. Kol Fest has become an international platform for musicians and artists from Central Asia, performing at which undoubtedly becomes a promising opportunity for career development and recognition at the international level. And this is really happening - several musicians from Kyrgyzstan who performed at the Kol Fest have already been invited to perform at the electronic music festival in Uzbekistan before the end of the event.

The diversity of the program did not let anyone to remain bored: music, art, outdoor activities, nature and traditional master classes for those who want to learn more about the culture of Kyrgyzstan. During three days at the festival, the music connoisseur enjoyed 42 hours of music in 30 different genres (from rock and jazz to techno and other modern trends) from musicians and music groups from 12 countries. A person interested in art was able to contemplate the works of artists from Uzbekistan, installations by Kyrgyz artists, as well as attend a series of master classes: both traditional Kyrgyz, where it was possible to participate in national games or get acquainted with some types of ancient applied art; and creative, artistic. In addition, the festival had its own cinema, where short original films by directors from Russia and Central Asia were shown, two of whom were present during the viewing and discussed their films with the audience. The conditions that were organized for the event were thought out to the smallest detail, which allowed the guests to choose something new for themselves every day. If a visitor wanted to live in a tent camp, this was arranged right on the territory of the festival. Accommodation in yurts was also offered – very cozy yurt camps are located near the festival. If maximum comfort was important to visitors, the organizers of the festival helped to settle in guest houses in the nearby villages of Ton and Bokonbaevo. As a result, everyone chose the right option for themselves and there was no need to worry about moving between locations – the organizers provided free shuttle busses from the festival to yurt towns and guest houses. The owners of guest houses observed an unprecedented influx of guests, which provided significant support to their business. All guest houses and yurt camps were crowded with festival guests. By the way, local residents actively contribute to the festival: for example, every year they organize a food court with a fairly rich selection, where you can try both traditional food and popular fast food. The police, as well as the emergency services and private security helped in ensuring security (approximately 50 people provided security at the festival).

On the last day of the festival, a free concert was held on the public beach of the village of Ton, which could be attended by all residents of nearby villages, at which Kol Fest musicians and local pop stars performed. The organizers strive to ensure that both local residents and young people can get acquainted with modern music and become part of the festival, feel the atmosphere that unites all guests and participants of such a large-scale event.

Putting everything together, we can say without a doubt that the Kol Fest festival is one of the amazing events of Kyrgyzstan, with its established culture, atmosphere, audience and, most importantly, the prospect of further development and attracting more tourists and world–famous artists to Kyrgyzstan. Every year the festival becomes bigger, more and more people are interested in it: both potential visitors and artists, musicians and other creative people, for whom the Kol fest is an excellent chance to present themselves to the world. The event is covered in the media sphere, discussed on television, and more and more mentioned in social networks. A person who has visited even once will find pleasant memories for a lifetime: be it new music, impressive creativity of artists from different countries, the inspiring beauty of Lake Issyk-Kul, and most importantly – the spirit of unity with other people who are united by one thing – sharing kindness. 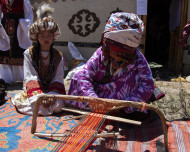 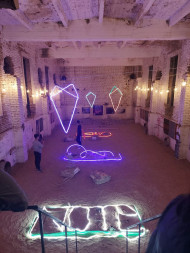