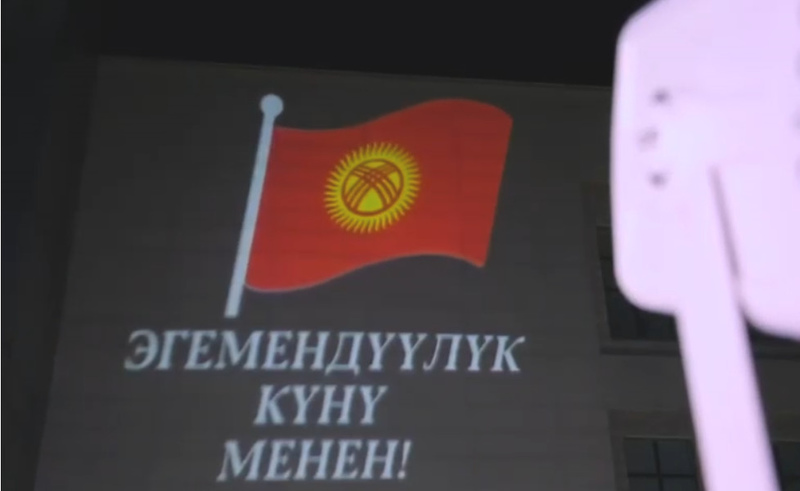 AKIPRESS.COM - To congratulate all Kyrgyzstanis on 31 years of independence, the Embassy of the United States of America in the Kyrgyz Republic has projected a special image on its diplomatic mission. From the evening of August 25 to September 2, the public will see the Kyrgyz Republic’s national flag and a congratulatory message illuminating the Embassy’s wall on Masaliev Street also known as Yuzhnaya Magistral.