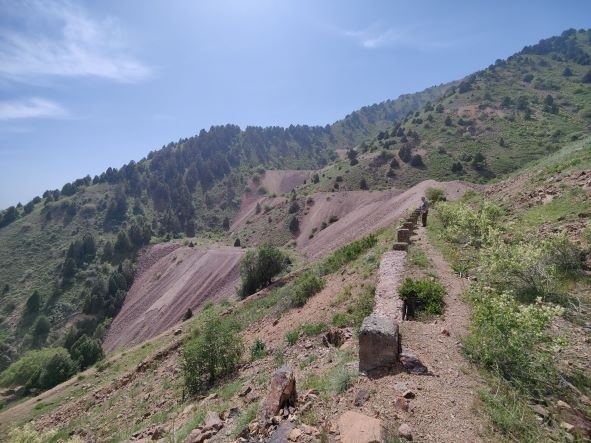 AKIPRESS.COM - Environmental remediation works are to commence at two former uranium mining sites in Uzbekistan following the signing of a grant agreement between the Environmental Remediation Account for Central Asia (ERA) and the government of the region’s most populous country.

A €7 million grant provided by ERA and managed by the European Bank for Reconstruction and Development (EBRD) will finance the remediation of the facilities at Yangiabad and Charkesar located in mountains to the east of the Uzbek capital, Tashkent.

The grant agreement was signed today by EBRD Director of Nuclear Safety Balthasar Lindauer and Chairman of the State Committee for Ecology and Environmental Protection of Uzbekistan Narzullo Oblomurodov. The works at the two sites are expected to begin in the first quarter of 2023 and will take approximately two years to complete.

Located at 1,300 metres above sea level, in an area with high seismic risk and around 70 kilometres from Tashkent, Yangiabad was a uranium mining site for nearly 40 years. It is spread across an area of 50 km2 and contains about 2.6 million m3 of radioactive waste. Planned remediation works at the Yangiabad site will include the closure of four shafts, the demolition of contaminated buildings and processing facilities and the relocation of several waste rock dumps. The project will also aim to support the development of a tourism industry in Yangiabad.

The village of Charkesar, in mountains 140 km east of the Uzbek capital, was a uranium mining site until 1995 and is still home to approximately 3,500 inhabitants. Planned remediation works at this site will include the closure of two shafts as well as the reconstruction of two water diversion channels.

The ERA, established in 2015 at the initiative of the European Union (EU) and managed by the EBRD, addresses the legacy of Soviet uranium mining in Central Asia. The EU is ERA’s biggest donor, while contributions have also been made by Belgium, Lithuania, Norway, Spain, Switzerland and the United States of America to date.