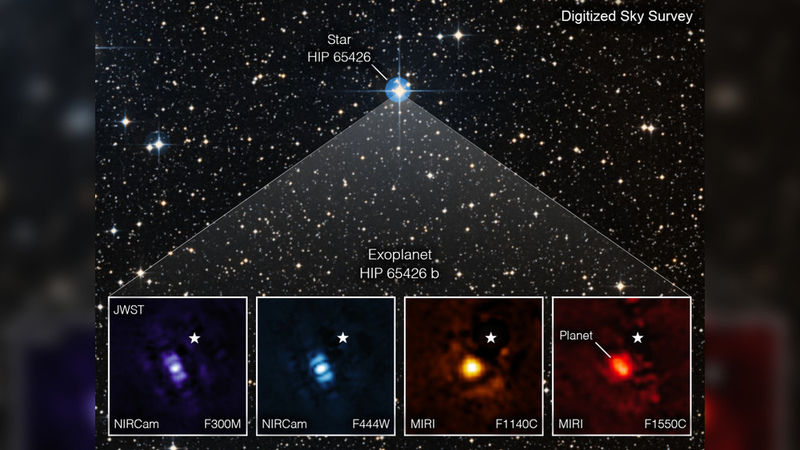 AKIPRESS.COM - For the first time, astronomers have used NASA’s James Webb Space Telescope to take a direct image of a planet outside our solar system. The exoplanet is a gas giant, meaning it has no rocky surface and could not be habitable, NASA websitereported.

The image, as seen through four different light filters, shows how Webb’s powerful infrared gaze can easily capture worlds beyond our solar system, pointing the way to future observations that will reveal more information than ever before about exoplanets.

The exoplanet in Webb’s image, called HIP 65426 b, is about six to 12 times the mass of Jupiter, and these observations could help narrow that down even further. It is young as planets go — about 15 to 20 million years old, compared to our 4.5-billion-year-old Earth.

"This is a transformative moment, not only for Webb but also for astronomy generally. James Webb will open up the possibility to observe a completely new class of planets that were not available for study. By observing them in a wide range of wavelengths, we will be able to study their composition much more deeply," associate professor of physics and astronomy at the University of Exeter in the United Kingdom Sasha Hinkley said. He led these observations with a large international collaboration.