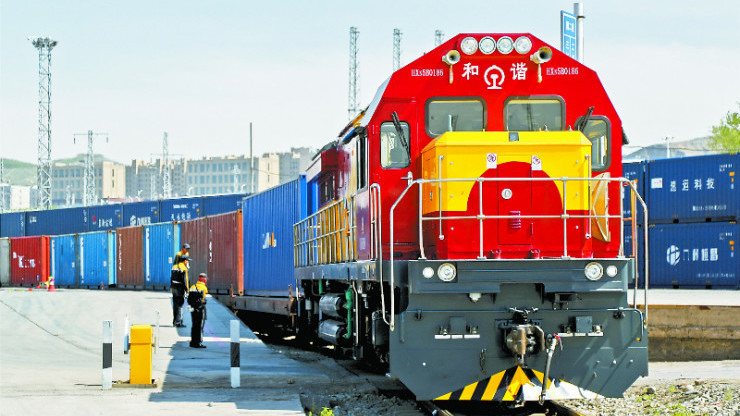 "Loaded with 20 containers of Chinese tea leaves, the intermodal transport international freight train left Chengdu (Shuangliu) Air-rail International Intermodal Port and is expected to arrive in its destination Uzbekistan in 15 to 20 days," the article says.

The freight train will leave China via Irkeshtam Port (at border with Kyrgyzstan) in northwest China's Xinjiang Uyghur Autonomous Region. This new route is about 5,000 kilometers, 500 kilometers shorter than that leaving China through Horgos Port (at Kazakhstan's border), and can save three to five days.

By 2027, the port is expected to build up an all-cargo airline network composed of more than 30 international freight lines covering important logistics hub cities in the world, with cargo and mail throughput exceeding one million metric tons, the publication notes.