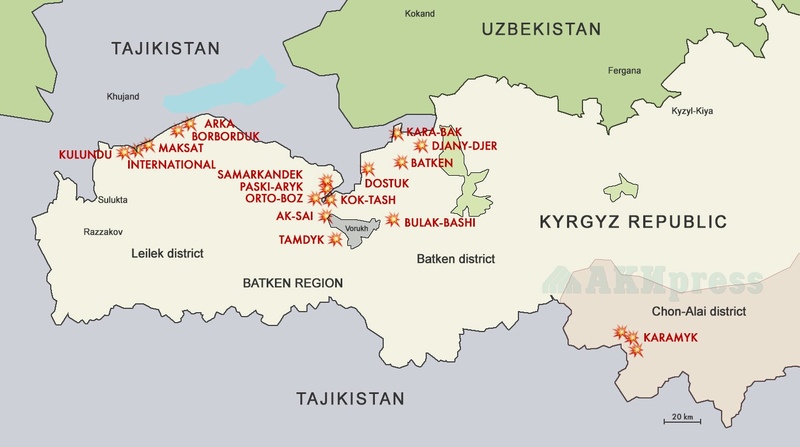 AKIPRESS.COM - "The events that have taken place on September 14-17 on sovereign territory of Kyrgyzstan is a planned military aggression of Tajikistan against our state," the Foreign Ministry of Kyrgyzstan said in a statement issued today.

As of September 18, 2022, 46 people died and 140 were wounded as a result of inhumane actions of the Tajik side. 140 thousand people have been evacuated. The financial losses are enormous.

"We consider that groundless accusations of Tajikistan against Kyrgyzstan of  "military aggression towards the Republic of Tajikistan" is an attempt to put the responsibility and guilt on Kyrgyzstan. The Tajik side has launched the campaign of misinformation in order to discredit the defensive actions of the Kyrgyz Republic," the statement said.

"We state that any information from the Ministry of Foreign Affairs of Tajikistan and other public bodies does not correspond to reality. Kyrgyzstan has all the evidence (photos and video footages) of the beginning of aggression, crimes and atrocities of the Tajik soldiers on the territory of our country. We are ready to provide the evidence if necessary," the Foreign Ministry said.

"The Republic of Tajikistan viciously violated basic international principles, such as the territorial integrity, the inviolability of frontiers, the peaceful settlement of disputes, the non-use of or the threat of force, the respect of human rights and freedoms, enshrined in the UN Charter and other international documents.

"The Kyrgyz Republic acted exclusively from a defensive position, without the goal of seizing someone else's territory, unlike the Tajik side, which treacherously encroached on the territorial integrity and sovereignty of Kyrgyzstan, which once again confirms the existence of territorial claims that Tajikistan has. The Kyrgyz side demands from the Tajik side to abandon hopeless plans to encroach on the territory of the Kyrgyz Republic and to refrain from pursuing the goal of escalating the situation in the border area.

"We strongly protest against the unlawful and destructive actions of the Republic of Tajikistan, which has violated all previously reached agreements by sending in advance its military forces to the border of Kyrgyzstan, using armed forces and heavy weaponry, and unfoundedly attacked border and civilian facilities, settlements along the entire perimeter of the Kyrgyz-Tajik border in Batken and Leilek districts of Batken region of the Kyrgyz Republic, including shelling the regional center of Batken region, town of Batken, deep inside the Kyrgyz Republic (video proof is available).

"We note that despite numerous ceasefire agreements, the Tajik side continued its provocative shelling, and captured some settlements in Batken region of the Kyrgyz Republic such as Dostuk, Aksai, Internatsional, Jashtyk, Borborduk, Arka, and Kulundu.

"Unlawful actions of the Tajik side are the aggressive and destabilizing campaign which contradicts bilateral and multilateral agreements, the spirit of good-neighborliness and mutual support between peoples of our countries.

"We are gravely concerned about the active involvement of irregular paramilitary groups on the Tajik side.

"The actions of the Tajik side may lead to the outbreak of a large-scale interstate conflict, as well as to the destabilization of the situation in the entire Central Asian region. Moreover, the situation provoked by the Tajik side has already resulted in casualties among the civilian population, military personnel, serious damage to military and civilian infrastructure, health and property of local residents.

"The Ministry of Foreign Affairs of the Kyrgyz Republic reaffirms its unwavering position on the need to resolve disputes between the two countries exclusively by peaceful political and diplomatic means at the negotiating table," the Foreign Ministry concluded.

Map of the military assault by Tajik armed forces on the territory of the Kyrgyz Republic: 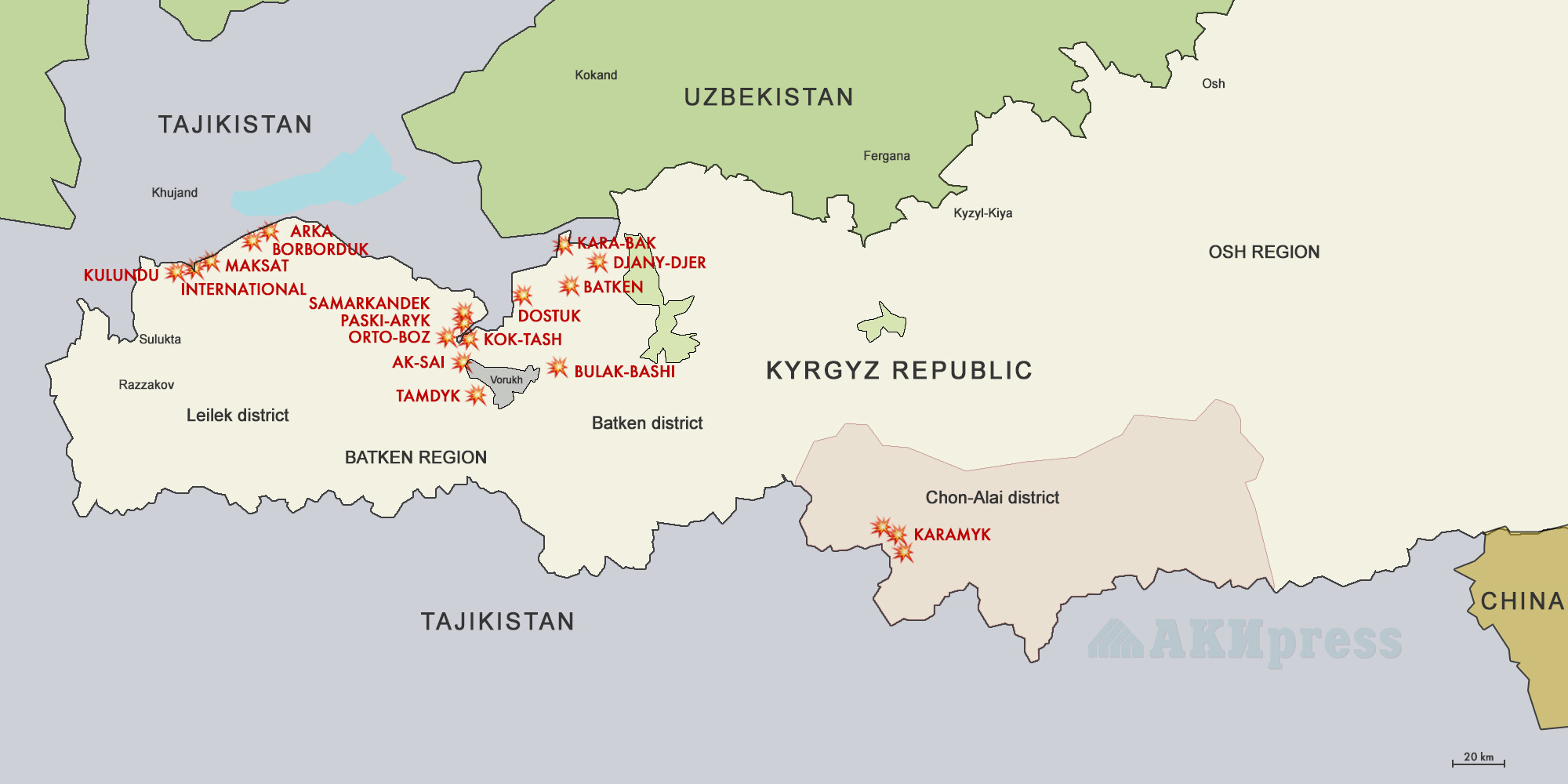