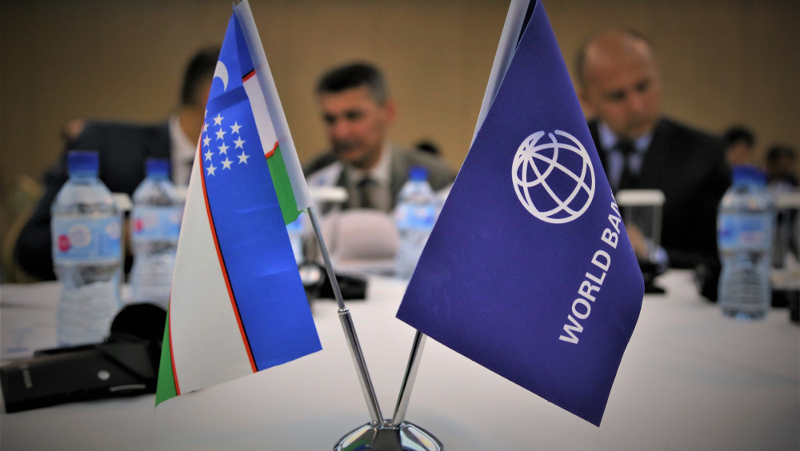 AKIPRESS.COM - Growth is expected to slow to 5.3 percent in 2022 in Uzbekistan, according to the World Bank’s outlook for Uzbekistan in the Economic Update for the Europe and Central Asia region (Fall 2022).

Increased logistical challenges linked to sanctions on Russia are expected to dent private consumption growth. Private investment and exports are expected to grow strongly, and the current account balance improve, as Uzbekistan benefits from strong global commodity prices (gold, copper, natural gas) and increasing remittances. FDI is not expected to pick up in 2022, with the trade deficit financed largely by official borrowing.

Higher revenues from commodity exports and slower public investment spending will see the fiscal deficit decline from 6.2 percent of GDP in 2021 to 4.4 percent in 2022, nevertheless higher than the 2022 budget target of 3 percent due to higher social protection, health, education, and infrastructure spending.

An anticipated fiscal consolidation by 2023 is now expected to be delayed as targeted social protection increases in response to pressure from rising food price priorities and the impacts of the war in Ukraine. Continued growth and expanded social protection programs are expected to sustain poverty reduction, with the national poverty rate projected to fall to 14.5 percent in 2023, and 12.2 percent in 2024. Nonetheless, expenditure consolidation is expected to resume in future years, supported by both revenue mobilization and spending efficiency.

The government is expected to continue adhering to its overall debt limits, with public debt and total external debt gradually falling to 32 and 55 percent of GDP, respectively, by end-2024.

The risks to the outlook are tilted to the downside, including a prolonged war and further sanctions on Russia, and tighter than-expected global financial conditions. There is a risk from reform inertia in this more complex phase of economic reforms, that is compounded by the difficult international environment. Potential positive surprises include higher global gold, natural gas, and copper prices and stronger productivity growth arising from ongoing structural reforms.