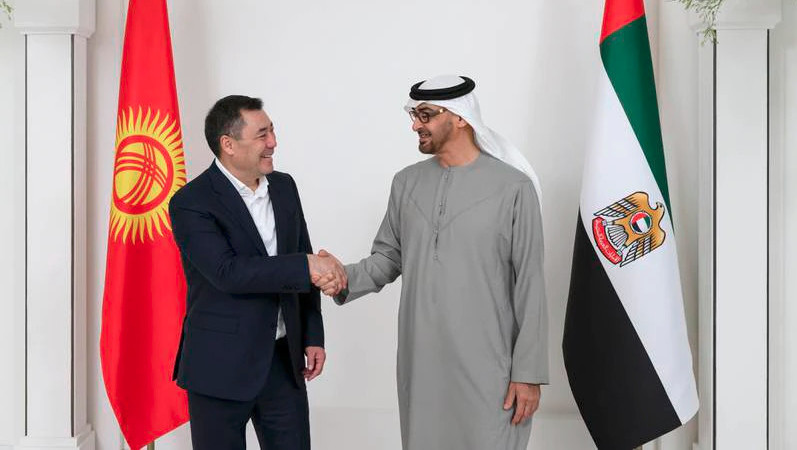 Mr Japarov said the decision was made to honour Sheikh Zayed's humanitarian values and contributions, and for his significant role in strengthening the friendship and co-operation between the UAE and Kyrgyzstan.

He also said a public school in Kyrgyzstan will carry the name of Sheikh Zayed.

During the meeting at Al Shati Palace, Sheikh Mohamed said he hoped the visit would boost relations between the two countries in various fields.

The leaders discussed bilateral relations and explored opportunities to further develop co-operation between the nations, especially in the fields of the economy, trade, investment and tourism.

They also witnessed the signing of several agreements in the fields of finance, energy, the environment, cyber security, banking and Islamic affairs.