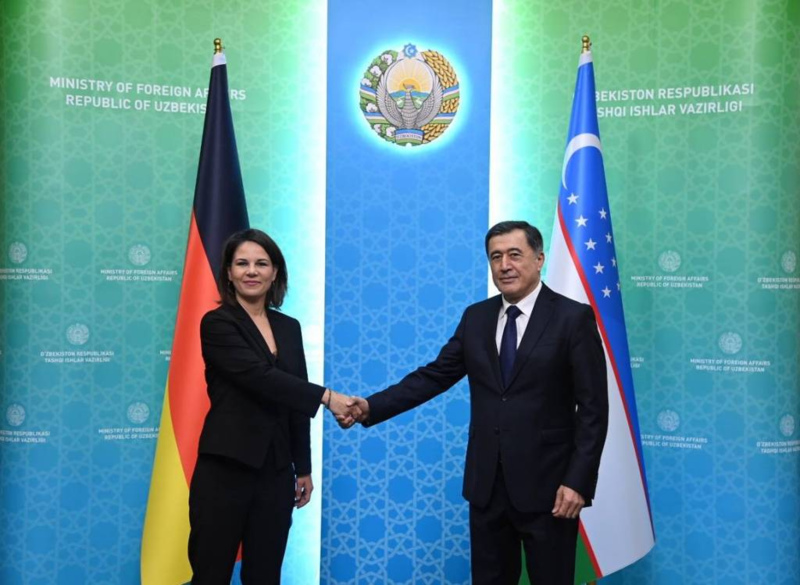 The parties considered the current issues of the Uzbekistan – Germany agenda, as well as interaction within the framework of multilateral structures.

The German side was informed about the main directions and achieved results of Uzbekistan’s foreign policy, the main priority of which is Central Asia.

The need for enhancing trade and economic cooperation was emphasized, including by organizing the supply of a wide range of high-quality and competitive Uzbekistan products to the German market, and implementing joint projects with the involvement of leading German companies.

The heads of foreign ministries discussed aspects of cooperation in environmental protection, in particular, within the framework of the national program "Yashil Makon" (Green Space) and the initiative of the German Federal Foreign Office "Green Central Asia".

Annalena Baerbock highly appreciated the efforts of Uzbekistan in combating the consequences of the Aral Sea crisis and expressed her readiness to study the possibility of implementing specific environmental and social projects in the Aral Sea region.

The parties exchanged views on certain issues of an international and regional nature, including the current situation in Afghanistan.