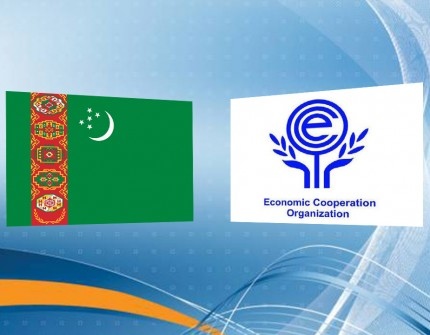 AKIPRESS.COM - Minister of Foreign Affairs of Turkmenistan Rashid Meredov met with the Secretary General of the Economic Cooperation Organization Khusrav Noziri via videoconference on November 2, the Foreign Ministry reports.

The parties discussed the preparations for the next 26th meeting of the ECO Council of Foreign Ministers at the end of this year.

The 15th Summit of the leaders of the Economic Cooperation Organization member states was held in Ashgabat on November 28, 2021 under the chairmanship of Turkmenistan.

The final document adopted at the Summit, the Ashgabat Consensus for Actions, is designed to bring cooperation between the participating countries to a new level, and enhance interstate links in the spheres of trade, transport, energy, tourism and the fight against the pandemic.

The upcoming meeting of the ECO Ministers of Foreign Affairs is aimed at continuing the implementation of initiatives and large-scale projects put forward at the Summit in Ashgabat in 2021.