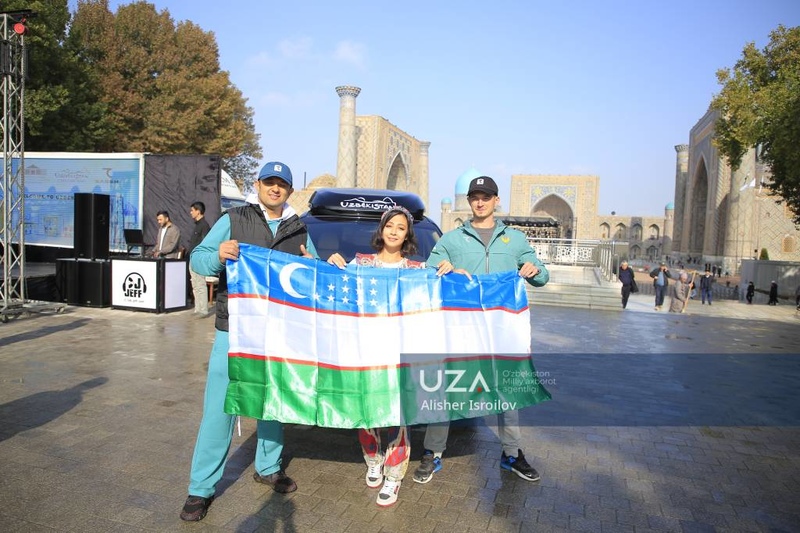 AKIPRESS.COM - Secretary General of the World Tourism Organization (UNWTO) Zurab Pololikashvili got acquainted with the sights of Samarkand, where the 25th Session of the UNWTO General Assembly will be held in 2023, UzA reported.

The Secretary General, accompanied by Deputy Prime Minister and Minister of Tourism and Cultural Heritage Aziz Abdukhakimov, got acquainted with the history of Registan Square, visited the workshops of artisans, examined their crafts.

Aziz Abdukhakimov and Zurab Pololikashvili also took part in the ceremony of sending off the caravan, organized with the support of the Ministry of Tourism and Cultural Heritage by a group of football fans and bloggers who are going to the World Cup in Qatar to represent the tourism potential of Uzbekistan.

The caravan with a campaign group leaving Samarkand will travel along Kazakhstan – Azerbaijan – Iran – UAE – Saudi Arabia – Qatar route. The group will hold large-scale campaigning events within the framework of the World Cup, which will be held in Qatar from November 20 to December 20.