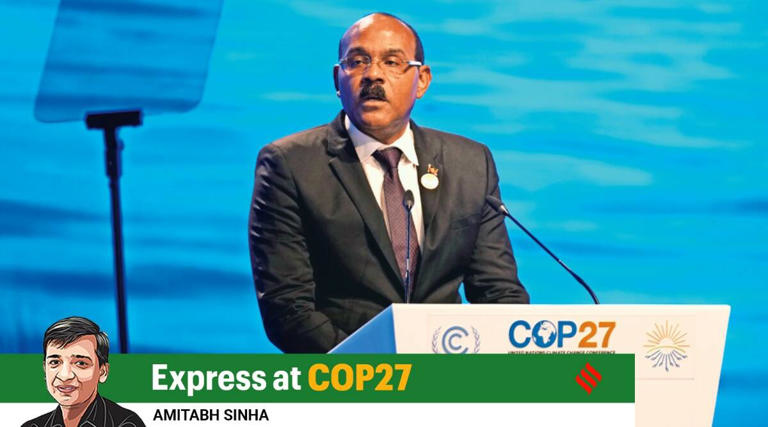 AKIPRESS.COM - Several countries, particularly the small island-states, have been demanding that they should be compensated for losses they suffer due to climate disasters, The Indian Express reported.

Caught off-guard after the island-nation of Antigua and Barbuda demanded that being big emitters, India and China must also be asked to pay for losses suffered by smaller countries due to climate disasters, both countries on Wednesday responded to say that they were willing to help but the main responsibility still lay with the developed world.

“India is fully mindful of the threats faced by small island-countries. And we are aware of the importance of the issue of loss and damage to them. That is why we are already working closely with the small island-states to reduce their vulnerabilities from climate disasters,” an Indian official told media.

“We have created and nurtured coalitions like CDRI (Coalition for Disaster Resilient Infrastructure), which launched a special initiative last year aimed specifically at building resilience in small island-states. India is also supporting the initiative of the UN Secretary General to install early warning systems across the world,” the official said.

Speaking on behalf of small island-states on Tuesday at COP27 in Sham-El-Sheikh, Egypt Prime Minister Gaston Browne of Antigua and Barbuda, had said, “We all know that the People’s Republic of China, India — they are major polluters, and the polluter must pay. I don’t think there is any free pass for any country, and I don’t say this with any acrimony,” Browne had said, according to a Reuters report.

Several countries, particularly the small island-states, have been demanding that they should be compensated for losses they suffer due to climate disasters, arguing that while their own contribution to global warming has been negligible, they are hit the worst because of these disasters. India and most other developing countries support this demand.

At the ongoing COP27 meeting, the issue of loss and damage was included for discussion on the main agenda for the first time ever. The creation of a loss and damage fund is at least a few years away. Until now, only five European nations have pledged money for loss and damage. Three of them — Germany, Austria and Belgium — did so on Tuesday, promising a total of a little more than 220 million euros. Earlier, Denmark and Scotland had pledged $13 million and £5 million, respectively.

A recent report by the UN Office for Coordination of Humanitarian Efforts had said that annual funding requests related to climate-linked disasters averaged $15.5 billion in the three-year period between 2019 and 2021. Just this year, there have been nearly 30 disasters that have caused damages worth more than a billion dollars each.

The Chinese response was on similar lines. “We strongly support the claims from developing countries, especially the most vulnerable countries, for claiming loss and damage compensation because China is also a developing country and we also suffered a lot from extreme weather events.

It (paying for loss and damage) is not the obligation of China but we are willing to make our contribution and make our effort,” China’s climate envoy Xie Zhenhua said, according to a Reuters report.