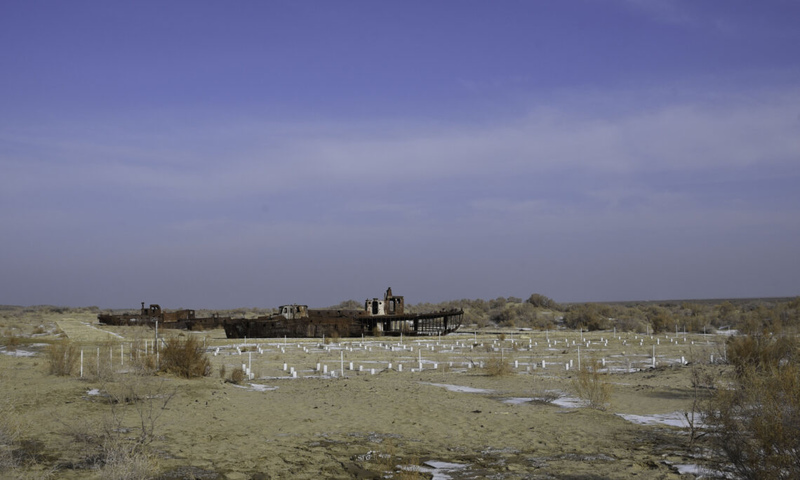 AKIPRESS.COM - The U.S. Agency for International Development (USAID) announced the launch of the second phase of the Environmental Restoration of the Aral Sea (ERAS II) activity. USAID will spend approximately $1.6 million to counter the adverse effects of desertification in the Aral Sea region by improving air quality and living conditions and by strengthening climate change resilience, the U.S. Embassy in Uzbekistan reported.

ERAS II will focus on planting new forests in the Aral Sea region of Uzbekistan, building on the ongoing first phase, which focuses on the northern part of the Aral Sea in Kazakhstan. USAID will promote bilateral cooperation to advance the restoration of the Aral Sea ecosystem and improve livelihoods in the region.

This work supports the United States Government’s Roadmap for Nature-Based Solutions which was announced at the 2022 United Nations Climate Change Conference (COP27) to advance nature-based solutions as a go-to option for fighting climate change and boost progress towards U.S. climate goals.

In addition to planting new forests (afforestation) in the Aral Sea region, USAID will support research into, and the dissemination of, innovative technologies for planting and irrigation. Both Kazakhstan and Uzbekistan have committed to promoting knowledge exchange and integrating efforts to address the adverse effects of the Aral Sea disaster.

ERAS II will be implemented by the USAID Regional Water and Vulnerable Environment activity in cooperation with the State Committee on Forestry, State Committee for Ecology and Environment Protection, Ministry of Innovative Development, International Innovation Center for the Aral Sea Basin under the President of the Republic of Uzbekistan, academic and research institutions and administration in Muynak district, and the Ministry of Ecology, Geology and Natural Resources of Kazakhstan.