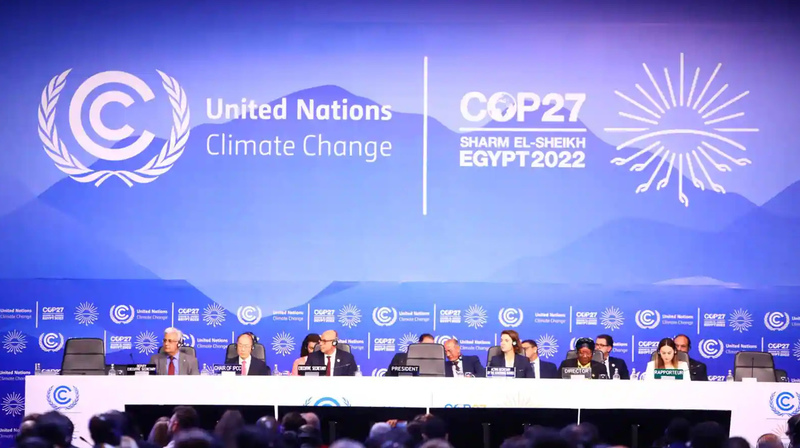 AKIPRESS.COM - India is leading a push for the COP27 climate summit to conclude with a decision on phasing down all fossil fuels, a move that would expand the focus from just coal, but is likely to raise strong concerns from oil and gas-reliant countries, Mint reported.

Indian negotiators formally called on the Egyptian Presidency of climate talks for the expanded language to be included in the cover text, a political statement of how countries will seek to tackle the climate crisis, according to people familiar with the matter. The push stems largely from the coal-dependent country’s desire to not be singled out for its dependence on dirty fossil fuel.

The request is likely to put India at odds with other countries within its “Like-Minded Group of Developing Countries" negotiating bloc, like China and Saudi Arabia, who have typically acted as a brake on more climate ambition. There will also probably be concern that India’s push is an effort to muddy the waters in reducing fossil fuel use globally, by making it harder to track and compare progress.

Moving proactively to counter the pressure on coal that is likely to come its way again, India cited the latest IPCC reports to emphasise that meeting the 1.5 or 2 degree Celsius temperature targets requires the phase-down of all fossil fuels and not just coal. India’s proposal did not mention coal as well, but was a clear attempt to fend off criticism against its continued reliance on coal-based power.

At the same time, it called out the duplicity of the developed countries, arguing that the selective labelling of some energy sources as ‘green’ had no basis in science. The argument was clearly aimed at the recent decision of the European Parliament to classify some uses of gas as “green”, even though it wasn’t mentioned.

The cover text must, therefore, acknowledge that all fossil fuels contributed to greenhouse gas emissions, and call for the acceleration of the global transition towards clean energy while keeping in mind the national circumstances of individual countries, India argued.

India also proposed that the cover text take note of the references in the IPCC report on the disproportionate use of the global carbon budget by the developed countries since 1850. It said the cover text should urge all countries to follow sustainable methods of production and consumption and to promote a global mass movement for sustainable lifestyles. India has been arguing that lifestyle changes were necessary to move towards a sustainable future.

“We did not mention coal at all," a spokesperson for the Indian delegation at COP27 said, referring to the requested change to the cover text. “We mentioned the IPCC AR6 report that has come since Glasgow that recognizes the need for phase down of all fossil fuels.”

The Egyptian COP27 Presidency had its first set of consultations on Saturday with countries over what they would like to see in any cover decision. The Glasgow Climate Pact last year included a pledge by countries to “phase out" the use of unabated coal, before a last-minute push by China, India and the US to change it to “phase down.”

It is unclear as to what the cover decision is likely to include and how comprehensive it will be, but the desire to add something that shows the world hasn’t back-peddled on climate ambition will stoke fierce debate in the second week of talks.

The EU for example wants to see language on aligning all financial flows with the Paris Agreement goal of keeping global warming to 1.5 degrees Celsius after they failed last week to achieve an agenda item on the topic. There could also be text on the need to double adaptation finance and wording on the key issue at this year’s summit: loss and damage.