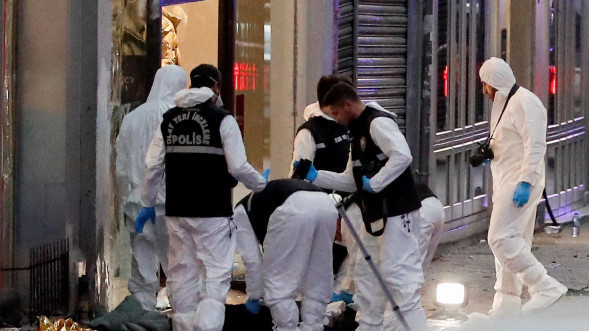 AKIPRESS.COM - Turkish police have arrested a suspect for the bombing in central Istanbul that left at least eight people dead and 81 others wounded, Aljazeera reported.

Interior minister Suleyman Soylu told reporters on Monday that the suspect in custody was the “person who left the bomb that caused the explosion” on a busy thoroughfare in Turkey’s largest city.

Soylu blamed the outlawed Kurdistan Workers Party (PKK) for Sunday’s blast on Istiklal Avenue, saying: “Our assessment is that the order for the deadly terror attack came from Ayn al-Arab in northern Syria,” where he said the group has its Syrian headquarters.