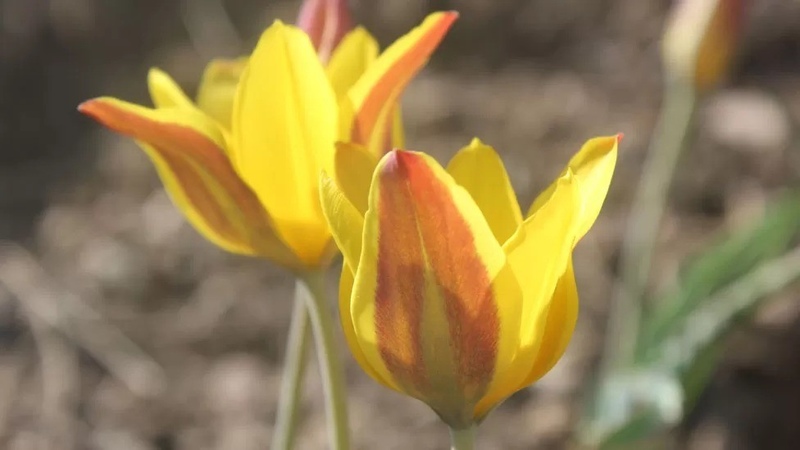 AKIPRESS.COM - Plant hunters have discovered a new and unusual species of tulip during an expedition to Kyrgyzstan, BBC reported.

DNA testing at a Cambridge University laboratory established it was "something completely different".

Tulipa toktogulica was found by scientists from the university's botanic garden, Fauna and Flora International (FFI) and local teams.

Cambridge postgraduate student Brett Wilson was on the expedition and said the discovery was "super exciting".

Once they dug it up, "Georgy Lazkov, from the National Academy of Sciences of the Kyrgyz Republic, and I thought we might be looking at something out of the ordinary".

The plant, which ranges in height from 10 cm to 19 cm, was discovered in the mountainous Toktogul district.

The group was led by Cambridge University Botanic Garden's curator Sam Brockington, David Gill, from Fauna and Flora International (FFI) and Central Asian tulip experts, including from the National Academy of Sciences of the Kyrgyz Republic.