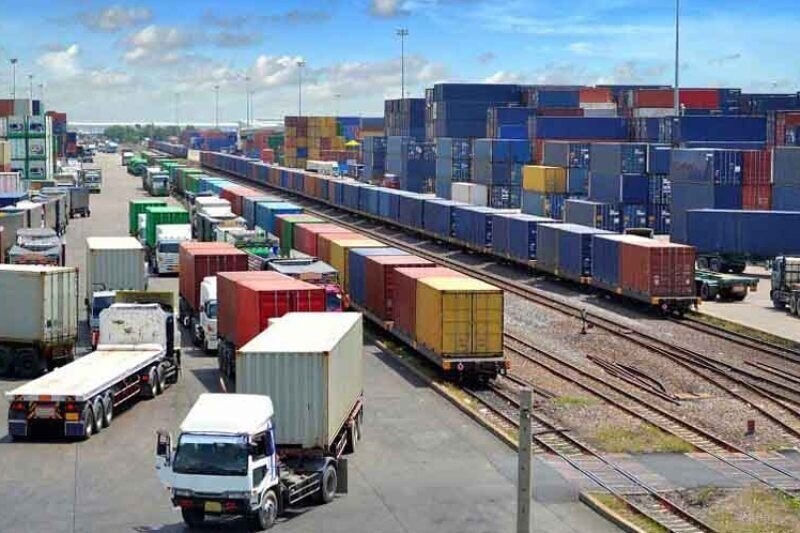 AKIPRESS.COM - Close on the heels of India’s External Affairs Minister S Jaishankar's Moscow visit, Russia and Iran have agreed on the transit of 12 million tons of Russian goods via Tehran along the International North-South Transport Corridor (INSTC), with both Moscow and Delhi seeking to increase trade volumes through the multi-modal transport corridor that has been a game-changer in Indo-Russian economic partnership since the start of the Ukraine war, The Economic Times reported.

Iran and Russia had signed another agreement in July for transiting 10 million tons of Russian goods through Iran using INSTC.

The decision to boost INSTC trade was taken during a recent of Iran’s Deputy Transport and Urban Development Minister for Transportation Affairs Shahriar Afandizadeh to Moscow. During India’s External Affairs Minister Jaishankar’s visit to Moscow and the Iranian Deputy Foreign Minister’s visit to New Delhi, boosting trade via INSTC was a key discussion item on the agenda.

The Russian side also agreed to invest in establishing logistic hubs especially in Shahid Rajaei and Chabahar ports in southern Iran, to increase transit capacity. Russian involvement in Chabahar Port will further boost the capacity of the port built by India. New Delhi has been pushing to link the Chabahar port with INSTC as viable transport corridor in the Eurasian region.

Shortly after the signing of the agreement, the first Russian freight train arrived at Iran’s Sarakhs railway station in Khorasan-Razavi province on the border with Turkmenistan to officially launch the eastern section of the INSTC.

The Russian train was received at the Iranian border in a ceremony attended by Iran’s First Vice President Mohammad Mokhber along with transport, oil, industry, and agriculture ministers as well as the Vice President for science and technology.

Carrying 39 containers, the Russian transit train left Chekhov station on July 6, traveling 3,800 kilometers through Kazakhstan and Turkmenistan to enter Iran. The cargo was transported to Bandar Abbas port in southern Iran through a 1600 km rail route to finally be sent to India’s Nhava Sheva Port via sea.

The second Russian transit cargo for India entered Iran also from the northeastern Sarakhs border in early October. Russian freight trains travel about 3,800 kilometers from Moscow to Sarkhes in the northeast Iran border and after crossing the country the cargoes would be shipped to India from Bandar Abas Port, from where ships would take the cargo to ports along India’s west coast.

Optimum use of INSTC and Chabahar Port has figured in most discussions between India and Russia, India-Central Asian states and India-Russia over the past year. India is expanding its maritime partnership with Iran alongside the recent moves to boosting infrastructure in the strategically located Chabahar Port. The two sides have signed a Memorandum of Understanding (MoU) on Mutual Recognition of Seafarer’s Code Conduct for Unlimited Voyages.

The Iranian government is also ready to conclude a long-term contract with India, prioritizing the development of transit of goods through Chabahar Port. This contract will also aim at ramping up activities of the INSTC. India is also pitching to connect Chabahar Port with Southeast Asia and East Asia.

There are also plans to link INSTC with the Northern Sea route via the resource-rich Russian Arctic. The 7200-KM-long network of highway, sea and rail routes under INSTC offers the shortest connectivity between Russia and India. It also reduces the carriage cost between the two nations by about 30%.

The INSTC route allows the movement of goods between India and Russia to be completed in around 25 days, compared to the 40 days that is the norm on the more established shipping routes.