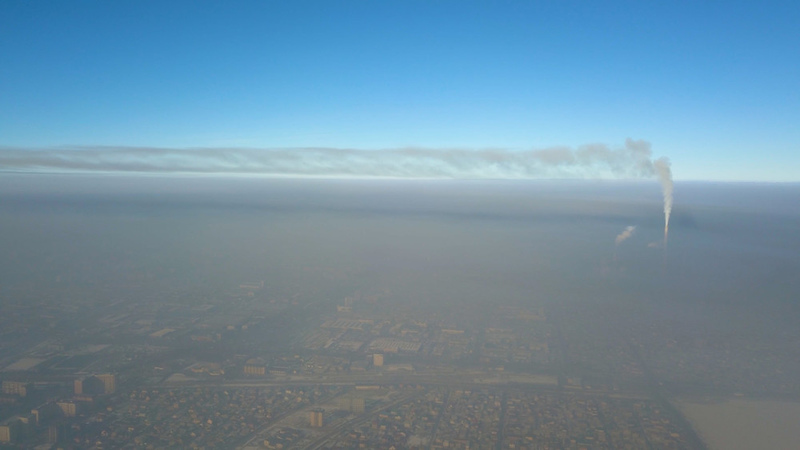 AKIPRESS.COM - UNICEF, together with Bishkek Mayor Office, the Ministry of Health and the Ministry of Natural Resources, Ecology and Technical Supervision, released the results of the study on “Health and social impacts of air pollution on children and women in Bishkek, Kyrgyzstan”.

The study conducted the most up-to-date assessment of the health and social impacts of air pollution on children and women in Bishkek and developed recommendations on appropriate prevention measures.

The analysis shows that the right to atmospheric air favorable for life and health is far from the current reality for Bishkek residents. Air pollution is the single biggest environmental risk factor for premature death and ill-health in Kyrgyzstan, with ill health due to air pollution primarily borne by the elderly and young children in the first days of life. Health impacts from air pollution exposure between 7/1/2021 and 6/30/2022 were estimated to cause 112 deaths. The estimated welfare loss from PM2.5 air pollution in Bishkek of 2 billion KGS or 24.9 million USD in 2021-2022. Children represented 22 per cent of disease burden attributable to PM2.5 air pollution exposures in 2021 and efforts to reduce exposures during pregnancy and in the first year of life should be a high priority.

Air pollution is not just outside, air pollution makes its way into homes, workplace and all other environments in which one spends time. Since people in the city of Bishkek, on average, spend approximately 93 per cent of their time indoors, especially during winter, most people’s exposure to combustion related ambient air pollution occurs indoors from pollution that has penetrated into their home and workplace. Pollution that penetrates into indoor environments is highly dependent on the neighborhood-scale use of raw coal stoves. Between 7/1/2021 and 6/30/2022 spatially weighted average annual ambient concentrations in Bishkek were 43 µg m-3, which varied by a factor of four across the Bishkek network from 17 µg m-3 in the south and central districts to 75 µg m-3 in the northern districts, as a result of the high prevalence of coal stoves for winter space heating. Children and youth living in homes that burn raw coal for heating were more exposed on average by 33 per cent during the year and 37 per cent during the winter because of the neighborhood-scale pollution from raw coal stoves that infiltrates their homes, compared to children living in homes with central heating. Children that live in apartment buildings, however, are still exposed to outdoor air PM2.5 concentrations that infiltrate into their indoor environments. Thus, all children in Bishkek would benefit from measures to reduce air pollution emissions.

Since 2018, use of gas as primary fuel for heating increased by over 12 per cent and use of raw coal in stoves decreased by 14 per cent, which represents a move in the right direction, although much remains to be done. Increased urgency is needed in transitioning the remaining 26 per cent of urban population that use raw coal stoves to clean and sustainable alternatives through the development of incentive programs and financial models. Doing so, Bishkek could succeed in reaching SDG7 and SDG16 on affordable, reliable, sustainable, and modern energy for all and improved air quality. However, lack of awareness of clean and sustainable heating options and the relative costs compared to burning raw coal remains an important barrier, as shown by the survey conducted as part of the study.

The study recommends increasing the use of objective scientific information on the health and social impacts of air pollution in policy making; coordinating air pollution intervention measures; improving energy efficiency measures including window, wall and roof insulation to reduce energy demand in single homes; and prioritizing the promotion of coal-free zones in urban areas to reduce household coal combustion, together with demonstration of cost-effective alternatives through incentive programs and financial models.

This study was conducted with the technical assistance of the UNICEF and funded by the Government of Japan.