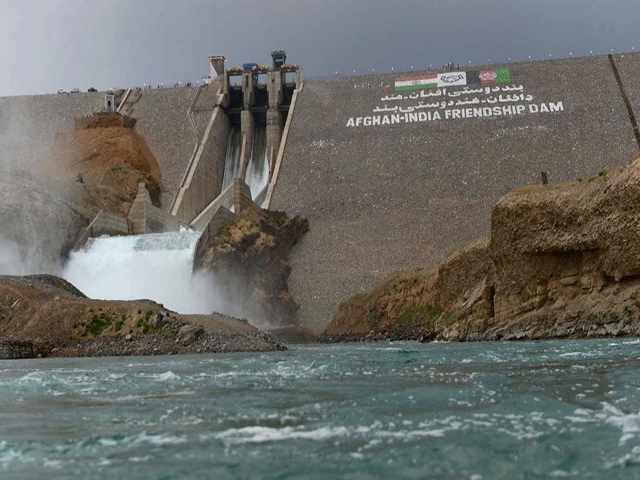 The agency quoting the MUDH Ministry said, "It is expected that India will resume work on at least 20 projects in several provinces of the country. Kumar made the remarks in a meeting with the Afghan Minister of Urban Development and Housing, Hamdullah Nomani, in Kabul.

"Projects that were implemented during the former government but were delayed due to political changes or other issues—they are now interested in resuming these projects, said Mohammad Kamal Afghan, a spokesman for the MUDH.

On its Twitter handle, the Afghan Ministry wrote that Minister Nomani met the charge de affairs of the Indian Embassy in Kabul. During this meeting, Minister Nomani said: "The Indian businessmen can invest in the urban and housing sector, especially in the New Kabul City project”.

Nomani further added, "India implemented some projects in Afghanistan in the past, while some of them remained incomplete due to non-payment". He asked the Indian government to clear its stance about the incomplete projects as well.

In addition, the Indian envoy was requested to provide the Afghan nationals with scholarships for master's and PhD program in the civil and urban development field to increase Afghan engineers' capacity further.

Charge de affairs Bharat Kumar said the ministry could share information about all the mentioned projects. He will convey the message to the Indian government to make all projects ready to use. I have received some details about the New Kabul Project, and I would talk about them to Indian investors as well, Kumar said.

India had to stop all its projects after the Taliban took over the reins of power in August 2021. It closed its embassy, which restarted functioning a few months ago. India still has security issues as several civilian projects, religious places and the Russian embassy were targeted recently by suspected Islamic State terrorists.

India, before the takeover of Afghanistan by the Taliban, had invested in Afghanistan in developmental and capacity-building projects of around $3 billion.

The significant projects India supported in Afghanistan were: The 42MW Salma Dam in Herat province, inaugurated in 2016 and is known as the Afghan-India Friendship Dam. The other high-profile project was the 218-km Zaranj-Delaram highway built by the Border Roads Organisation. Zaranj is located close to Afghanistan's border with Iran.

India built the Afghan Parliament in Kabul for $90 million. A block in the building is named after former Indian Prime Minister Atal Bihari Vajpayee.

In 2016, Afghan President Ashraf Ghani and Prime Minister Modi inaugurated the restored the 19th century Stor Palace in Kabul. India also constructed one of its leading hospitals in Kabul.

India, in the past, has been supporting in developing the human resources, giving training to professionals and offering a considerable number of scholarships and admissions to Afghan students to study in India.

The Indian projects are mostly people-centric in all 34 provinces of Afghanistan. The projects were aimed at making Afghanistan a self-sufficient nation. India also operationalized air freight corridors and the Chabahar Port to enhance regional connectivity to Afghanistan.

India presently has been voicing deep concern at the unfolding humanitarian situation in Afghanistan and has donated consignments of humanitarian assistance to Afghanistan. These include 40,000 MTs of wheat, about 50 tonnes of medical aid consisting of essential lifesaving medicines, anti-TB medicines, 500,000 doses of COVID vaccine, essential medical/surgical items, and 28 tons of other disaster relief material.