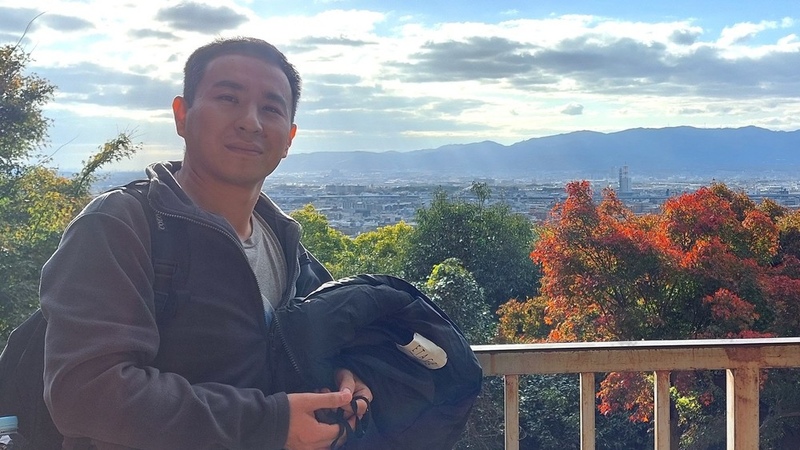 AKIPRESS.COM - Bishkek gets suffocated with smog hovering above the city with coming of cold air temperatures.

As of 12:00 of December 12, the air quality index in Bishkek made 154, which is unhealthy. PM 2.5 concentration was 12.3 times higher the World Health Organization anunal air quality guideline value.

Q: Statistics regarding air quality. Bishkek again ranks high in terms of poor air quality. Can you comment on this?

- I am of course very concerned by these statistics. For the last five years, Bishkek has been leading the rankings for poor air quality. Unfortunately, one of the reasons is the topography of the city, located in an intermountain basin. Such a location contributes to the formation of "heat islands" with subsequent temperature inversion over Bishkek, due to which the accumulated cold air is blocked from above by flows of warm air. Temperature inversions contribute to air pollution in the city: Bishkek residents breathe a dense concentration of air pollutants created by road transport, power plants and stove heating.

- How can we protect ourselves from smog?

- A medical doctor may be able to answer that question for fully. It seems to me, on days with high levels of dangerous microparticles PM2.5, it is better to stay at home, or leave the city. If you stay in Bishkek, it is better to wear a filter mask outside. By doing so, you protect yourself from both dirty air and flu viruses. Lastly, you can install air filters in the home to clean the air.

- How could we generally solve the problem of smog in the city?

- We can only limit emissions in the city by switching to electric cars and other modes of transport, and limiting the number of old cars. We could build cities intelligently to promote breathability and better circulation of air in the city. Build new buildings with energy efficiency (heat conservation) in mind, and insulate old buildings to reduce the load on Thermal Power Plant (TPP). We can help "Bishkekteploset" introduce a calorimeter, to pay not per square meter, as now, but for the number of calories consumed. During the heating season, all residents pay the same per square meter. But to heat the same square meter in one house, more energy may be used and less in another house. When people start paying not per square meter, but for the number of calories they consume, then automatically, the residents themselves, communes, households will organize, collect money and insulate houses. There are a huge number of uninsulated houses in Bishkek. If they are all insulated, the load on the TPP will be considerably reduced by fifteen to twenty percent. Consequently, TPP will make fewer emissions.

- How other cities around the world solved such problems in the past?

- There is experience of Mongolia, where they dry out all the moisture from charcoal and sell it in the form of briquettes. Such charcoal is about twenty percent more expensive, but produces much less emissions. It is quite possible that this option would be too expensive in Kyrgyzstan, or that significant subsidies for the population would be required from the government.

- What is being done now and how is the problem of smog in the city being solved?

- Together with our colleagues from Kyrgyzhydromet and the Ministry of Emergency Situations, the University of Central Asia analyzed the available data and published an article “Impact of Climate Change and Air Pollution Forecasting Using Machine Learning Techniques in Bishkek”. We found several factors affecting air quality, including climate change, and a phenomenon known as urban heat islands.

Over the past six years, our city has grown dramatically, there are more residential areas, and more buildings. The third factor is cars. As in many countries, our research has shown that motor vehicles have a significant impact on air quality, and it is a good start that import duties have been removed from electric cars.