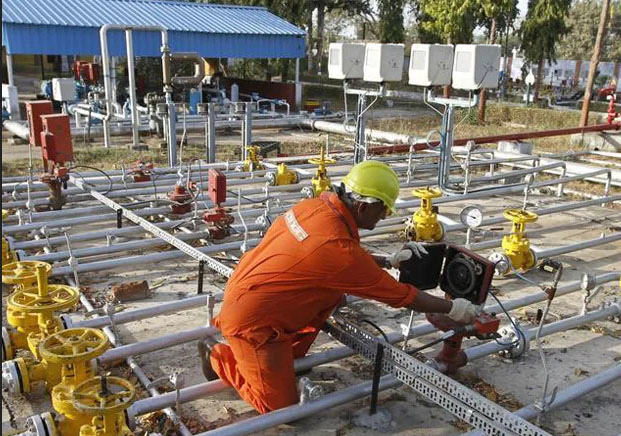 AKIPRESS.COM - ONGC Videsh Ltd Company, the overseas arm of India’s state-owned Oil and Natural Gas Corporation (ONGC), has submitted an application to Russian authorities to retake a 20 per cent stake in the Sakhalin-1 oil and gas fields in the far east region of the country, Business Standard reported.

Russian President Vladimir Putin last month disbanded Exxon Neftegaz - a regional subsidiary of US super major ExxonMobil - as operator of the Sakhalin-1 and transferred the project and all of its assets and equipment to a new operator.

The other former foreign shareholders in the project - Japan's Sodeco consortium and India’s ONGC Videsh - have to apply to the Russian government to regain their shareholdings in the project.

"On October 7, 2022, the Russian President issued a decree and consequently the Government of the Russian Federation notified on October 12 its Resolution that the rights and obligations of the consortium under the Sakhalin-1 production sharing agreement (PSA) shall be transferred to a new company, Sakhalin-1 Limited Liability Company," ONGC said.

Moscow has assigned a 20 per cent stake in Sakhalin-1 and operatorship to a regional subsidiary of Russian oil producer Rosneft. Russia has asked foreign shareholders in the project - ExxonMobil, Sodeco and ONGC Videsh - to apply to reinstate their shareholdings.

"ONGC Videsh Board in its meeting held in October 2022, has approved submission of its consent to claim the company's right in Sakhalin-1," said ONGC.

While the Sodeco consortium has decided to retain its stake, ExxonMobil confirmed that it had fully exited Sakhalin-1 after the confiscation of assets and has no plans to operate the project.

Production from Sakhalin-1 stopped in May after Exxon Neftegaz declared force majeure at the project in response to international sanctions imposed on Russia following Russia-Ukraine conflict started in February.

Sakhalin-1 was producing 220,000 barrels per day of oil before the Ukraine war. Of this ONGC's share was 44,000 bpd or 2.2 million tonnes per annum. However, western sanctions following the Ukraine war led to constraints in evacuating oil. Sakhalin production has resumed under the new ownership of Rosneft and ONGC expects to get 1.5 million tonnes per annum in the fiscal year 2023.

The Sakhalin 1 project has turned out to be a money spinner for ONGC Videsh, and accounted for about a quarter of its proved reserves of 124.7 million tonnes in the year ended March 31, 2022.

Sakhalin-1 is a large oil and gas field in far-east offshore Russia, spread over 1,140 square kilometres, which includes three offshore fields namely Chayvo, Odoptu and ArkutunDagi. OVL acquired a 20 per cent stake in the project in July 2001.

Exxon Neftegas Limited (ENL) and Sodeco held a 30 per cent stake each. The remaining 20 per cent is held by Russia's Rosneft through its subsidiaries SMNG (11.5 per cent) and RN Astra (8.5 per cent).

Almost all of Sakhalin-1's oil production is shipped to international markets via the De-Kastri terminal, located in the Khabarovsk region on the Russian mainland, which is linked to Sakhalin-1 via a dedicated pipeline.