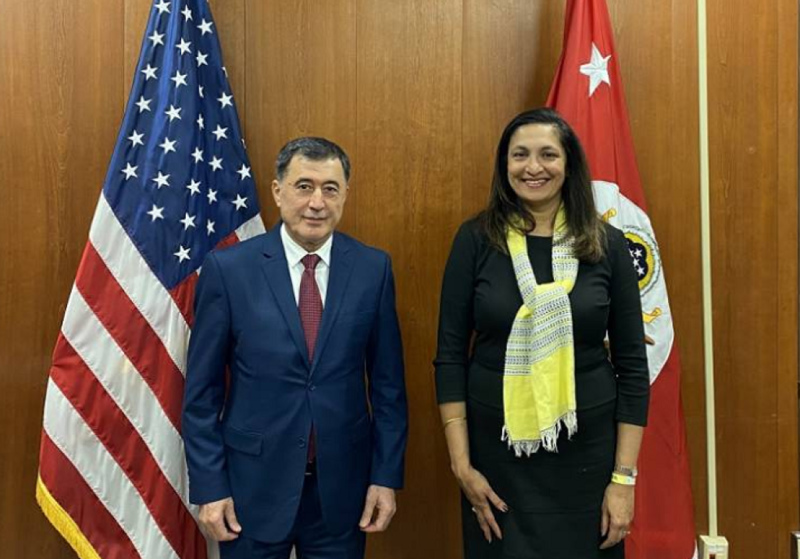 AKIPRESS.COM - Minister of Foreign Affairs of Uzbekistan Vladimir Norov met with the U.S. Under Secretary of State for Civilian Security, Democracy, and Human Rights Uzra Zeya, the Foreign Ministry of Uzbekistan said.

The parties discussed the current issues of interaction between the two countries in civil security, the fight against terrorism, and human trafficking.

The U.S. Under Secretary of State noted the progress made in Uzbekistan in the implementation of democratic reforms, including the protection of human rights and freedoms, the elimination of forced and child labor, ensuring freedom of religion, the strengthening of the transparency of justice, strengthening freedom of speech and the press.

The parties also expressed mutual commitment to strengthening cooperation based on the principles of mutual respect, trust and consideration of each other’s interests. The readiness of Washington to provide all kinds of assistance to the Uzbek side in the full implementation of the tasks outlined in the Development Strategy of New Uzbekistan for 2022-2026 was emphasized.