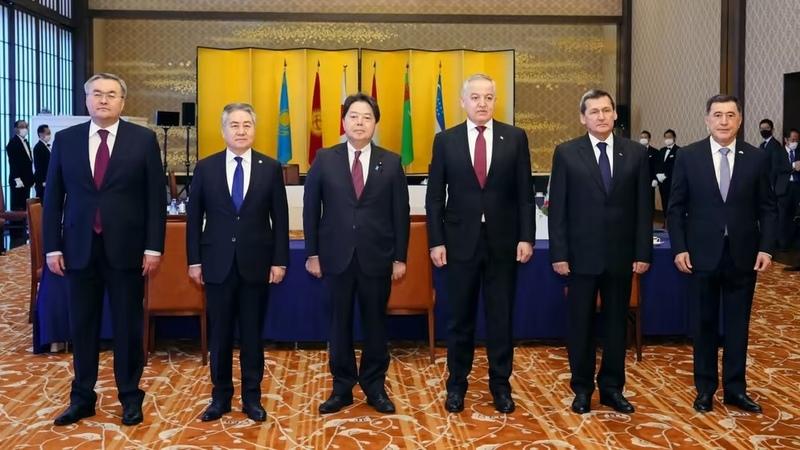 AKIPRESS.COM - The 9th Foreign Ministers' Meeting of the Central Asia plus Japan Dialogue, chaired by Minister of Foreign Affairs Hayashi Yoshimasa, was held at the Iikura House in Tokyo.

In the Foreign Ministers’ Meeting, the Ministers first discussed cooperation between Japan and Central Asia "in the midst of drastically changing international circumstances and then cooperation to address traditional risks of instability”.

In his opening remarks, Minister Hayashi stated that "the international community has been affected by Russia's agrresion against Ukraine in various aspects, including food and energy supplies, and that the impact is particularly significant in Central Asia, which has close historical and economic ties with Russia."

In this context, Minister Hayashi stated that Japan would like to promote a new model of development with particular emphasis on "investment in people" and "quality of growth" in order to achieve sustainable development in Central Asia.

The foreign ministers of the Central Asian countries expressed their interest in further strengthening cooperation with Japan towards sustainable development in their respective countries.

They also expressed their interest in the possibility of creating a virtuous circle in which Central Asian human resources can contribute to the economic development of their home countries by utilizing their experience in Japan, including through the use of Japan's Specified Skilled Worker System and Technical Intern Training Program.

In addition, they expressed their interest in cooperation in the field of decarbonization through the Joint Crediting Mechanism (JCM).

In light of the difficult international situation, the participants also exchanged views on the future direction of cooperation regarding the Trans-Caspian International Transport Route, a transportation route that does not pass through Russia, and agreed to hold a symposium on this issue in the first quarter of next year within the framework of the Central Asia plus Japan dialogue to further deepen discussions.

At the working lunch following the joint press conference, the Ministers exchanged views on regional and international situation.

The Foreign Ministers of Japan and the five Central Asian countries then affirmed the importance of mutual cooperation as partners in maintaining and strengthening a free and open international order based on the rule of law, and agreed on the importance of upholding the UN Charter and other international laws such as the independence, sovereignty, and territorial integrity of all countries, and the peaceful settlement of international disputes.

They also noted the importance of the non-proliferation regime and confirmed their intention to cooperate in the area of disarmament.

After the meeting, a joint statement was issued by the foreign ministers of the six countries.

The next Foreign Ministers' meeting will take place in Kazakhstan.