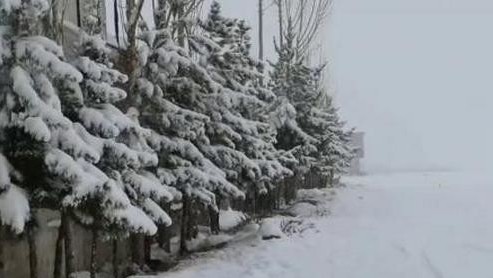 AKIPRESS.COM - A sudden fall in temperature across Afghanistan has taken a toll on common people who are already hit hardest by poverty, and lack of food and firewood to warm their homes, TOLOnews reported.

It has also killed at least 4,000 cattle in Badghis and other provinces.

Resident of Herat Husain said he was hospitalized due to exposure to freezing weather on the way to an illegal migration to Iran.

"We were on the way for four hours that snowfall started and we could move forward anymore," he said.

Figures from Herat Regional Hospital show that at least 70 people were hospitalized for hypothermia, and four drug addicts were killed.

At least five people were killed due to hypothermia in Badghis and all of them were shepherds, local officials said.

"One shepherd and four children were killed due to hypothermia," spokesman for Badghis governor Ahmad Hanzala noted.

According to local officials, five people in Khost province, two people in Faryab and two others in Jawzjan were killed due to cold weather.

One person died in Sar-e-Pul and five drug addicts died in Baghlan province.

"In another event, one person, Faridullah, and his wife have died," head of the information and culture department in the province Shabir Ahmad Usmani said.

"Two employees of a private bank in Jawzjan have died due to suffocation," spokesman for security Governer in Takhar Abdul Satar Halimi noted.

Thousands of acres of agricultural land and hundreds of greenhouses in several provinces have been damaged due to the cold weather.