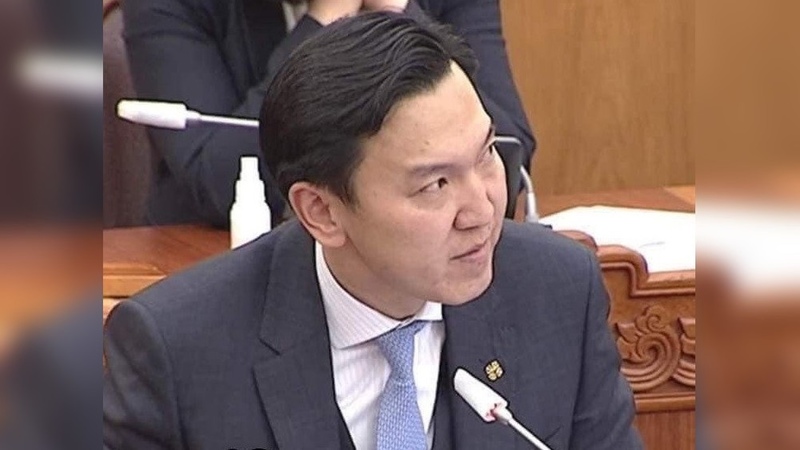 AKIPRESS.COM - Mongolia's government is accused of passing a rushed and veiled law that will dismantle much freedom of speech, bne IntelliNews reported. The legislation, introduced with the title "Protection of Human Rights on Social Media", is supposed to crack down on social media harassment, but law society and civil rights organisations see the law as a move to prevent the free circulation of opinions held by citizens.

The law was introduced on January 17 by digital development and communications minister Uchral Nyam-Osor. It did not pass through parliamentary procedures such as a public hearing. Forty out of 52 lawmakers present in the Parliament were enough to pass the legislation (24 MPs were absent) on January 20. The law will come into force on February 1.

The opposition Democratic Party (DP) objected to the law. It requested a five-day adjournment of the vote; however, the speaker of parliament only granted an adjournment until noon on the same day of the scheduled vote. When the time came to vote, the law passed overwhelmingly along party lines. Only one Mongolian People’s Party (MPP) member, Bulgantuya Khurelbaatar, voted against the law with the DP. Only one Labor Party (HUN) lawmaker, Dorjkhand Togmid, voted to reject the legislation.

Uchral defended the law as drawn up to protect vulnerable groups such as children from harassment and bullying online. He asserted that the big social media companies, such as Twitter and Meta's Facebook, the latter of which is the most widely used social network in Mongolia, do not conduct much content monitoring in the country.

According to the minister, from January to June last year, Facebook placed restrictions on only 32 items of content in Mongolia at the request of the Mongolian government. In contrast, the figure for South Korea was 19,500. However, Uchral did not mention how in other democratic countries with much larger populations, such as the US and Australia, the restrictions are not as severe as they are in South Korea, and that even in the previous six months, South Korea's restrictions declined in severity.

When looking at Meta’s restrictions in South Korea, it can be seen that of the items referred to by Uchral, 19,074 were reported by South Korea's National Election Commission for alleged violations of the Public Official Election Act.

Civil rights organisations, legal experts and media advocacy groups in Mongolia are primarily concerned with a few provisions of the new law that could be used to restrict free speech while ostensibly protecting children from cybercrime.

"This [legislation] would give the state the power to regulate social media and compel fact-checking centres like the Mongolian Fact-checking Center to serve the state without choice," wrote Duuya Baatar of the NGO Nest Center for Journalism Innovation and Development.

The sixth article of the law gives the government a great deal of leeway to punish people for voicing their opinions online. Clauses refer to the denigration of state symbols, national, historical and cultural values, culture and customs of Mongolia. They also reference extremist activities, the undermining of national unity, the disclosure of state and official secrets, terrorist acts, crimes against human security and national security and inciting and calling for crimes. And they talk of risk content may pose to society, the economy and rights and the legal interests of others. Finally, clauses prohibit the publication or distribution of personal information of the public of Mongolia.

These clauses will not only prevent the media sector from self-regulating, they will force fact-checking organisations like NEST to work for the government. "The Mongolian Fact-checking Center has always been vocal about the dangers of legalising social media in Mongolia," Duuya said. “Despite our efforts to combat online misinformation, we believe Mongolia's democracy is too young and fragile to implement such a law."

Under the law, it will become difficult to criticise public officials during election campaigning, and, as Duuya pointed out, fact-checking organisations that were active during the election season would have to operate under government oversight.

Another criticism levelled by legal experts and civil rights organisations is that the law was passed without any public debate, violating the democratic process and possibly breaking the law in the process. Minister Uchral stated that he had no choice but to rush through the law because the "trolls" would have shut it down otherwise. If there was no accelerated approach, no law like this would ever pass, he said.

The ruling party, MPP, introduced a similar law, namely the Cyber Security Law, in 2018. The draft was presented at a public hearing with several civil rights representatives present. Clauses referring to preventing fake information from spreading on social media were included, but the public strongly opposed the clauses and they were eventually not included in the law.

Looking at the moves with the new law, security expert Otgonpurev Mendsaikhan said he believed MPP was trying to avoid a similar outcome. "[MPP] passed it without a public discussion, it’s because of how the previous similar clauses in 2018 were shut down. So it's clear that [MPP] didn’t want that to happen again," wrote Otgonpurev, adding: "Now, under the guise of protecting children's rights and national security, they have passed a law with no public participation."

According to legal analyst Myagmardorj Buyanjargal, this law came about with the undermining of other laws and regulations. "According to Clause 18 of Article 14.1 of the Act of Parliament and Article 21.1 of the Law on Parliamentary Session, the prime minister may request the speaker to discuss a draft law with the emergency procedure if it is related to ensuring the economic dimensions of national security. However, the prime minister and his cabinet have failed to demonstrate the basis and justification for their request [with this law]. But the speaker doesn't seem to care, so he accepted the prime minister's request without hesitation," Myagmardorj wrote. "It's safe to say that the government, or more specifically, the ruling party, MPP, will use this law to restrict content on social media platforms with critiques made against them when it comes to the next parliamentary election, expected in June 2024," Myagmardorj says.

The only legal options that remain for scrapping the law are a presidential veto or a constitutional court ruling that the law is unconstitutional.

Civil rights groups have started an online petition to pressure the president to veto the bill. However, it should be noted that the current president of Mongolia is a member of the MPP, while the Constitutional Court largely favours the MPP with its rulings. Nine members of the court are appointed by the president, the government and the Supreme Court.