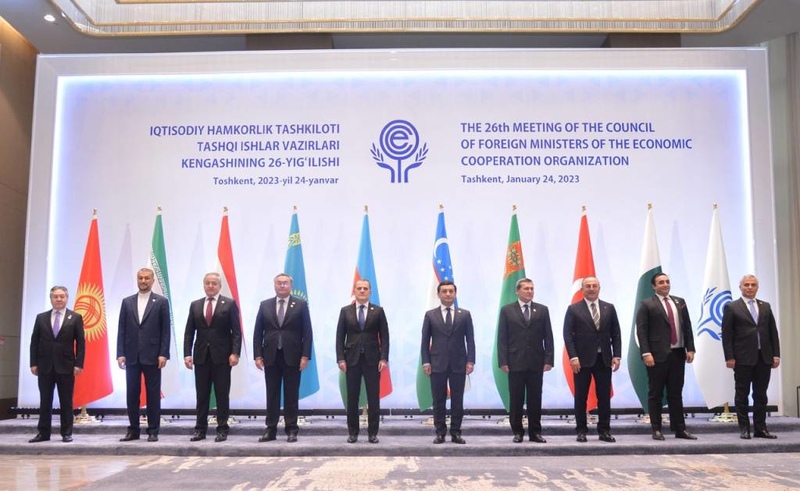 AKIPRESS.COM - The 26th meeting of the Council of Foreign Ministers of the Economic Cooperation Organization was held in Tashkent under the chairmanship of Uzbekistan. The chairmanship of the ECO in 2023 passed from Uzbekistan to Azerbaijan, UzA reported.

ECO Secretary General Khusrav Noziri noted the key role and excellent leadership of Uzbekistan during the chairmanship in 2022, which contributed to further developing the ECO and its agenda of mutual progress. The growing role of the country in the ECO activities, which had a positive impact on the growth and development of the organization, was emphasized.

The meeting participants exchanged views on building up trade and economic ties, expanding transit and transport opportunities, searching for new economic growth points, and enhancing regional tourism. The importance of the comprehensive promotion of cooperation in energy, social welfare and environmental protection was noted.

The Tashkent Communiqué was adopted after the meeting, which provides for the development of cooperation in energy, transport, preventing natural disasters, and strengthening food security.