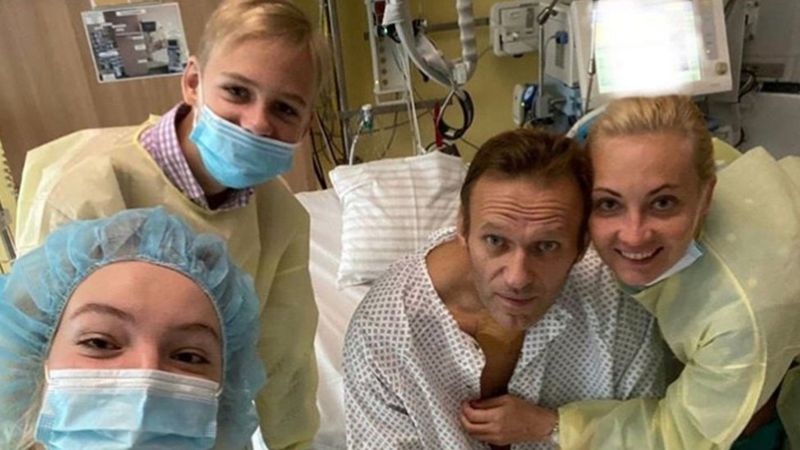 "It's puzzling to me why anyone should think otherwise," Kira Yarmysh posted on Twitter.

Mr Navalny also posted a picture on Instagram for the first time since he was poisoned, announcing that he was breathing free of ventilation.

He collapsed on a flight from Siberia on 20 August. Tests have shown he was poisoned with a Novichok nerve agent.

He was transferred to the Charité hospital in the German capital, Berlin.

His team alleges he was poisoned on the orders of Russian President Vladimir Putin. The Kremlin denies any involvement.