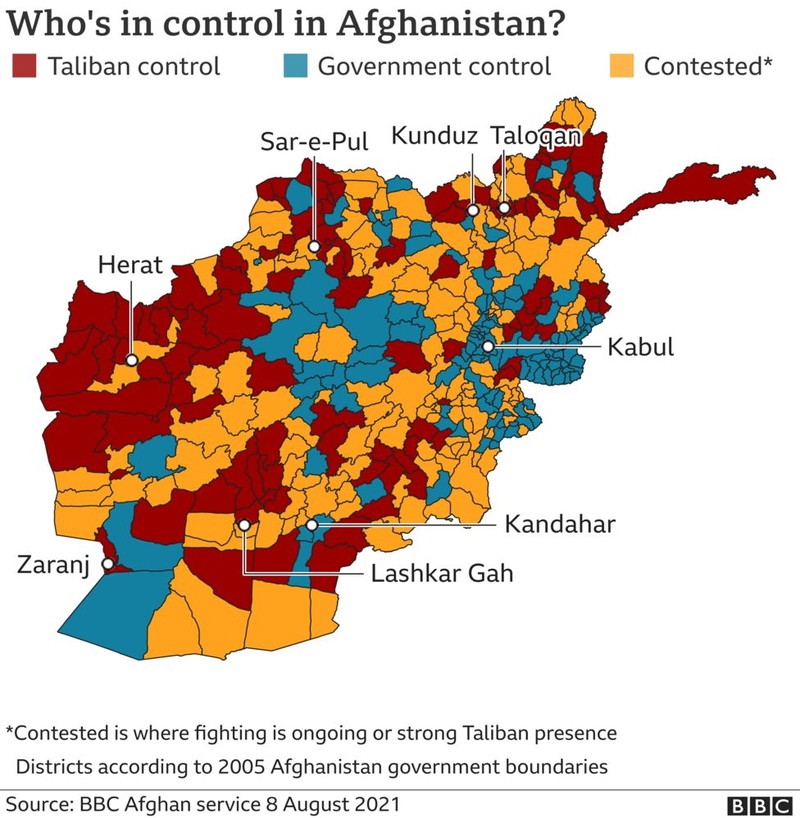 AKIPRESS.COM - The Taliban have captured three regional capitals in Afghanistan as they continue to make sweeping territorial gains in the country, BBC reports.

They seized control of the key northern city of Kunduz on Sunday, as well as Sar-e-Pul and Taloqan.

It means five regional capitals have fallen to the militants since Friday, with Kunduz being their most important gain this year.

The Taliban said there is no agreement on a ceasefire with the government.

A spokesman for the group warned against further US intervention in Afghanistan while speaking to Al Jazeera TV on Sunday.

Violence has escalated across Afghanistan after US and other international forces began to withdraw their troops from the country, following 20 years of military operations.

Taliban militants have made rapid advances in recent weeks. Having captured large swathes of the countryside, they are now targeting key towns and cities.

The three northern cities fell to Taliban control within hours of each other on Sunday, with one resident in Kunduz describing the situation as "total chaos".

The Afghan government, meanwhile, said its forces were fighting to retake key installations.

Heavy fighting has also been reported in Herat in the west, and in the southern cities of Kandahar and Lashkar Gah.