Coronavirus in Kyrgyzstan
Support Subscribe Log in
Log in
KyrgyzstanKazakhstanMongoliaTajikistanTurkmenistanUzbekistanWorld
art & entertainmentbusinesseconomyeducationenvironmentfinanceforeign policyhealthjustice & crimelifeopinion & analysispoliticssciencesporttechnologytravel
World|life|January 8, 2020 / 10:49 AM
All on board of Ukrainian passenger plane that crashed in Iran were killed: Iran state TV 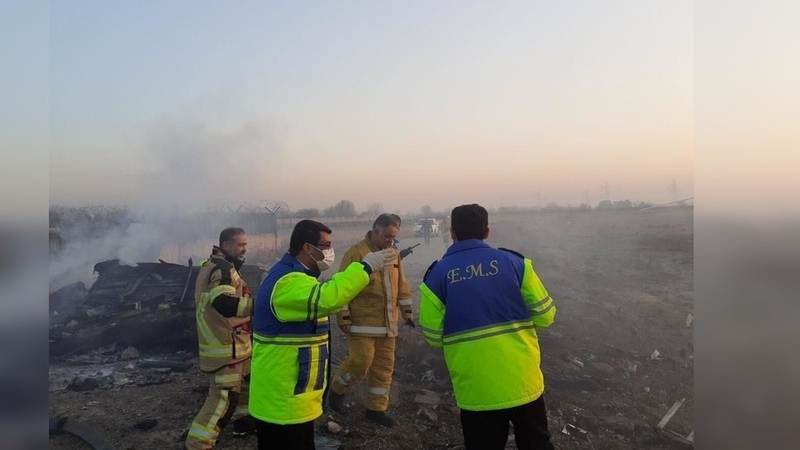 AKIPRESS.COM - All those on board the Ukrainian passenger plane that crashed in Iran have been killed, Reuters reports citing the Iranian state TV on Wednesday.

Iranian media have reported that there were at least 170 passengers and crew aboard.

The Boeing 737 went down near Tehran Imam Khomeini International Airport.

According to air tracking service FlightRadar24, the plane that crashed was on Flight PS 752.

IRNA said according to preliminary information “the plane was bound for Kiev ... and had 180 passengers and crew.”

Ukraine 24/7 news agency said there were 73 citizens of Canada and 71 Iranian citizens. Two more passengers and 13 crew members were Ukrainians. The rest of the victims were from Germany, the UK, Sweden and Afghanistan.