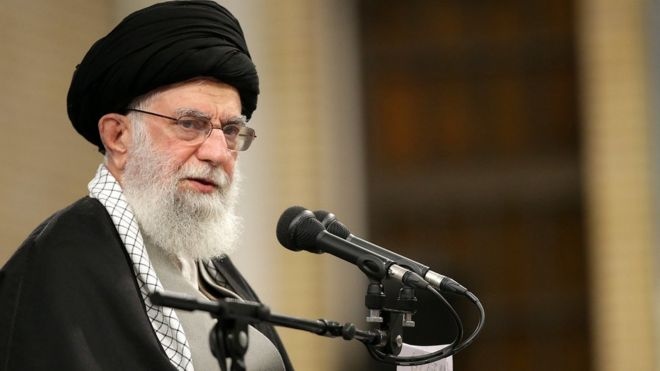 AKIPRESS.COM - Iran's Supreme Leader Ayatollah Ali Khamenei is to lead Friday prayers in the capital Tehran - the first time he has done so in eight years.

It comes in the wake of widespread angry protests over the Ukrainian passenger plane shot down by Iran's military last week, BBC reports.

Iran's leadership is also under pressure over a sharp downturn in the economy brought on by US sanctions.

But in a rare sign of friction within the Iranian regime, Mr Rouhani called on the military to give a full account of how it shot down the plane.

The Ukraine International Airlines Boeing 737-800, travelling to Kyiv and carrying many passengers on their way to Canada, crashed shortly after taking off from Tehran with the loss all 176 lives on board.