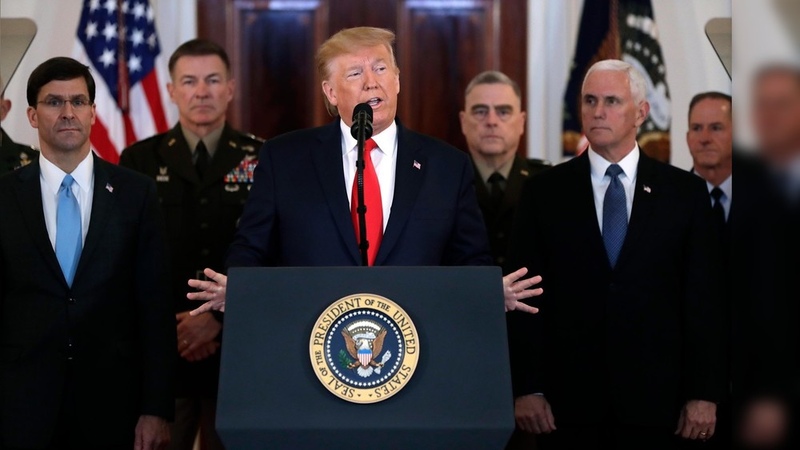 AKIPRESS.COM - US President Donald Trump has said Iran "appears to be standing down" after it fired missiles at air bases housing US forces in Iraq.

Trump, in a televised address from the White House, said no US or Iraqi lives were lost in the attacks and the bases suffered only minimal damage. The Irbil and Al Asad bases were attacked early on Wednesday local time.

Iran said it acted in retaliation after the assassination of top Iranian General Qasem Soleimani last week. The US drone strike targeting him and Iran-backed militia figures in the Iraqi capital Baghdad was a major escalation amid already deteriorating relations between Iran and the US.

"Iran appears to be standing down, which is a good thing for all parties concerned," he added. He also said that "American strength, both military and economic, is the best deterrent". "The fact that we have this great military and equipment, however, does not mean we have to use it."

Mr Trump also said the US would immediately impose additional financial and economic sanctions on Iran, which would remain until it "changed its behaviour".

The US President also urged the UK, China, Germany, France and Russia to work on a new Iranian deal and said would ask NATO involve more into the ongoing processes in the Middle East.